Warning: "continue" targeting switch is equivalent to "break". Did you mean to use "continue 2"? in /nfs/c06/h01/mnt/88637/domains/blog.irockcleveland.com/html/wp-includes/pomo/plural-forms.php on line 210
 I Rock Cleveland I Rock Cleveland | "So Paranoid" by The Warlocks

"So Paranoid" by The Warlocks 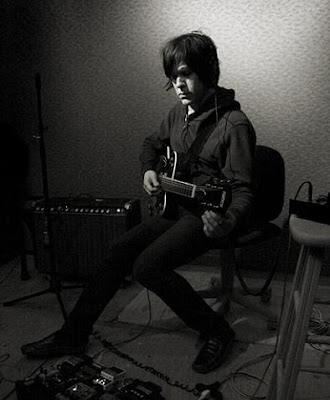 I’m fighting the urge to turn this into an anti-p4k screed. It isn’t easy. Few bands in the Pitchfork era incite as much vitriolic criticism as The Warlocks. Jet’s probably number one on the list (who can forget that primate drinking its own piss review), followed closely by Travis Morrison, Audioslave, Louis XIV, and The Warlocks.

Of The Warlocks’ new material, I’ve only heard “So Paranoid,” but I can guarantee that whomever the editorial staff at p4k chooses to review it will give it a 1.5 and toss in some choice lines about Guitar Center and guitar wankery. Maybe Bobby Hecksher f*cked all their girlfriends, or maybe it’s something less sinister, like they can’t imagine that there’s a market for slow, droning psychedelic rock that doesn’t aspire to be anything greater.

Like I said, it’s hard not to get on that road to ranting when talking about The Warlocks. Sure, some people aren’t interested in six minutes of slow, hazy, summer daydreams. Not me. I’m a big fan of escapism and getting lost in fuzzy waves of sound. I love a slow building number where the organs creep in at the moment you get comfortable inside that sound. You guys know me, I’ll take guitar wankery over harp wankery any day of the week.

The latest from The Warlock’s, tentatively titled Heavy Deavy Skull Lover, will be out October 23rd on Tee Pee Records. “So Paranoid” is also available on the Tee Pee Records sampler Manifest Destiny, out now as a free album download on eMusic. This comp features tracks from Entrance, Teeth of The Hydra, High on Fire, Earthless, Titan, Sleep, and The Assemble Head in Sunburst Sound.