Warning: "continue" targeting switch is equivalent to "break". Did you mean to use "continue 2"? in /nfs/c06/h01/mnt/88637/domains/blog.irockcleveland.com/html/wp-includes/pomo/plural-forms.php on line 210
 I Rock Cleveland I Rock Cleveland | New Freshness from Shooting Spires, aka Bj Warshaw of Parts and Labor

New Freshness from Shooting Spires, aka Bj Warshaw of Parts and Labor 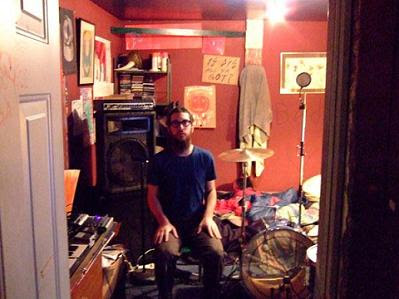 If you’re familiar with BJ Warshaw’s work with Parts and Labor, then you probably have a pretty fair idea of what his solo material (recorded under the name Shooting Spires) would sound like. You really don’t expect him to trade in that electrical fire waiting to happen array of knobs, pedals, and keys for some soul-bearing, bearded man and a guitar suite, do you? It’s going to be a beepy, glitchy, artsy, noisy, and yet, strangely melodic clash of sounds.

Although, it’s not apparent on this track, the other songs streaming on myspace (“Alive and Well,” “A Million Drops,” and “Silent Alarms”) do start to distinguish themselves from the frantic nature of Parts and Labor. “Alive and Well” and “A Million Drops” in particular, exhibit a type of patience and spaciousness that one wouldn’t readily associate with Warshaw’s primary band.

The debut s/t cd by Shooting Spires is due out October 30th on Cardboard Records.