Warning: "continue" targeting switch is equivalent to "break". Did you mean to use "continue 2"? in /nfs/c06/h01/mnt/88637/domains/blog.irockcleveland.com/html/wp-includes/pomo/plural-forms.php on line 210
 I Rock Cleveland I Rock Cleveland | From the Vaults of I Rock Cleveland: "It Falls Apart" by The Odds

From the Vaults of I Rock Cleveland: "It Falls Apart" by The Odds 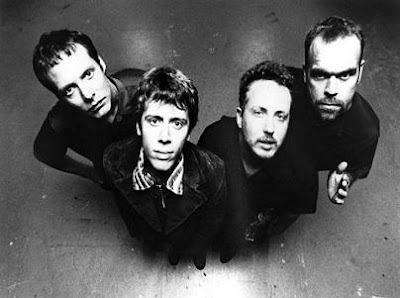 Technically, this one isn’t from the vaults. That would indicate that I had a dusty jewel case of The Odds CD Bedbugs hiding somewhere in my apartment. Rather, this one comes to you through the magic of the internets. Even in the age of mp3 blogs, torrents, and rapishares, “It Falls Apart” proved itself to be a ridiculously difficult song to track down. I couldn’t find a DRM free copy anywhere. I ended up getting a used copy of Bedbugs on Amazon making this one song cost about 6 or 7 times the amount any normal muisc fan would pay.

Originally released in 1993, there were other singles on Bedbugs besides “It Falls Apart” that got a lot more play on college radio and mainstream alternative stations, notably, “Heterosexual Man.” Still, it was “It Falls Apart,” that would stick itself in my head for some 14 years. What’s so special about it? Honestly, I don’t know. I guess it’s the same as any other great power pop song — the hows and whys can’t explain what makes it a great song. It just is.

It’s worth noting that The Odds, now calling themselves The New Odds, have shows lined up in September in British Columbia and Alberta, where they’ll be playing classic jams like this one and new material.