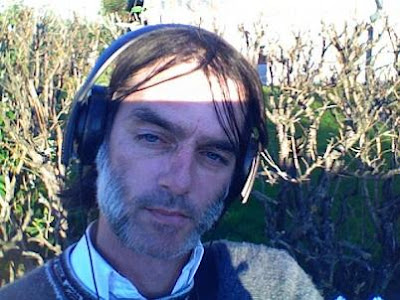 Anton A. Fjordson, better known as Anton Newcombe, has released a rough mix of the new Brain Jonestown Massacre album, My Bloody Underground, via torrent and zip file on the band’s offical website. Judging by some of the song titles on this one (“Dropping Bombs on The White House”,”We Are the N_’s of the World” and “Automatic F_ For the People”), he’s just as controversial and confrontational as ever.

My early reaction to My Bloody Underground is that this may be some of the band’s stronger work in years, and the timing of this leak couldn’t have been better. With releases by Animal Collective and Devendra Banhart due next month, there’s going to be all kinds of press on the freaky folk and their psychedelic jams. It’s as if the Anton and the Brian Jonestown Massacre elbowed the new kids aside and said, “Attention all those folks who call themselves freaks, this how your so-called freak folk is supposed to be done.”

Now, a word of warning for those downloading My Bloody Underground, some of the files are encoded in mp3 and others in AAC. If this annoys you and/or gives you playback issues, you can convert AAC to mp3 by changing the default encoding in iTunes then choosing the convert to mp3 option under the Advanced menu tab.

Admittedly, this is a pain, but since when has anything with The Brain Jonestown Massacre been easy? This is the man and the band responsible for some of the best concerts I’ve ever seen (Long sets including all the hits, extended jams, and no bullshit) as well as some of the worst (Short set, constantly correcting band members on their mistakes, and all bullshit). Additionally, their catalog is filled with nuggets of psychedelic rock and pop brilliance, beside numerous songs that more or less sound the same. Yet, I still dig this band.

Brain Jonestown Massacre will be appearing at the Grog Shop on September 23rd with Stereo Workers Union and Coffinberry as part of the Grog Shop’s 15th Anniversary Weekend.