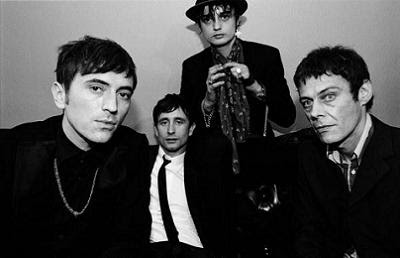 So, let’s see what we’ve got here. One new tune and one new vid from Babyshambles from their forthcoming Shotter’s Nation, and by the sound of these two, it seems as if Doherty has something to prove. While he’s been occupied with other things (remember, we’re not getting into those other things), a new wave of young UK guitar bands have been making good on the Libertines’ sound. I’m still a bit skeptical, for obvious reasons, but I gotta say this is a solid step forward for Babyshambles in Doherty’s quest to reclaim his spot at the top of the UK guitar rock heap.

Shotter’s Nation will be out October 1st in the UK on Parlophone/EMI and on October 23rd on Astralwerks here in the states.