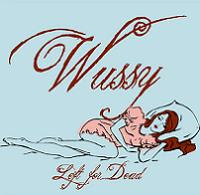 How do you try to follow up a debut disc that the dean of music critics, Robert Christgau, described as “11 three-minute songs, all about perfect, one after the other after the other?” Perhaps the best advice comes from the esteemed Jedi master Yoda, who so famously said, “Do or do not. There is no try.” As blunt as that muppet can be, he does hint at an effective approach: avoid the temptation to place unnecessary pressure and stress on yourself, and instead, focus on your own abilities, then go out and do it.

Wisely, Wussy kept to their strengths on Left for Dead: earnest songwriting, endearing arrangements, an omnipresent sense of melody, and the distinctive voices of their two leads: Lisa Walker and Chuck Cleaver. Neither Walker nor Cleaver posses what would be considered great voices in the American Idol sense. I can just imagine Simon Cowell telling Walker she’s too pitchy (whatever that means) and cutting Cleaver off after his first unconventional note. Where Wussy’s vocalists excel is in their expression: they creak and strain under the weight of sadness, reminiscence, or fear, and they crackle with ebullience when they encounter life’s small joys.

Saying that Wussy have kept to the strengths from their debut is not the same as saying that they’ve recorded the same record a second time. There are some noticeable differences. Although twangy, rustic, country elements are still abundant, there are more numbers that embrace, fuzzed up and amped up guitars like lead single “Rigor Mortis,” and again on “Killer Trees” and “Melody Rance.” Additionally, while Funeral Dress featured a measured balance of the two leads, on Left for Dead, Walker has clearly emerged as the primary vocalist. Cleaver is only prominent on a handful of numbers: opening track “Trial of Sadness,” the blistering he-said, she-said duet, “What’s His Name,” a wistful, rejoicing ode to the sun, “Sun Giant Says Hey,” and the reflective car ballad, “God’s Camaro.” Meanwhile, Walker’s finest moments come on the bubbly “Mayflies,” a number whose conflicts are blinded by a vigorous acoustic guitar riff, hand claps, and bright chimes in the chorus, and on “Jonah,” a mid tempo song where Walker’s vocals are at their most expressive on such great lines like, “Sometimes I like to think about the stars that cover you/How they burn out one by one until another day is through,” and “You came back while I was sleeping to unveil your newest plan/We can get to know each in the back seat of your van tonight.”

The title Left for Dead is intentionally misleading, as is “Mayflies,” the song from which the title line is found. Wussy are not a band that should be discarded, and the timeless quality of their songs certainly has a longer lifespan than the 24 hours of an adult mayfly. Indeed, the songs on Left for Dead offer themselves as a reaffirmation Christgau’s original assessment, “All about perfect, one after the other after the other.”

Left for Dead by Wussy: 9 out of 10 on The Rockometer 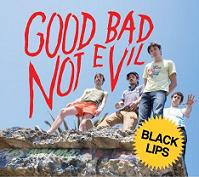 The Black Lips have a built a strong reputation in the underground for their brand of rowdy, rambunctious garage rock, or flower punk as they prefer to call it, and over the past few years, they’ve become famous (or infamous — it really depends on your point of view ) for their unhinged, debaucherous live shows. Their Vice debut, the live album Los Valientes Del Mundo Nuevo, nearly accomplished the impossible: aided by tequila, cerveza, and the town of Tijuana, it came as close as possible in capturing the wild, uncontrollable spirit, of Atlanta’s notorious bad kids at their baddest.

Therefore, you’d understand my shock, horror, and utter disappointment as I listened to The Black Lips’ Good Bad, Not Evil, and heard a subdued, mature, shell of the wild stallions I learned to love. There’s a political song (“Katrina”), yes that’s right, politics on a Black Lips disc, and the woozy, boozy ballad, “How Do You Tell a Child,” left me waiting for a punch line that never materialized.

Sh*t, who am I kidding. Although the bigger budget of Vice Records, resulted in cleaner, clearer production, it’s still not exactly what I’d call glossy or smooth, and honestly, calling “Katrina” political is a bit of a stretch. “Hey Katrina, why’d you be so mean?” isn’t exactly a call to fight the social ills of our day.

The Black Lips are still the bad kids on the rock block gleefully bragging about drinking grandma’s schnapps and drawing giant penises on the wall, and “Navajo” is quite possibly the most fun you’ll ever have in two and a half minutes. Just try keeping up with the nonsensical chorus “Could be Cherokee, Inuit, Odawa, Navajo, Sioux, Creek, Apache, Seminole, Pueblo(?), Tomahawk, Caro(?) any way the wind blow it’s just fine with me. Buffalo, Wolfpack, brown eye (?), knapsack, arrowhead, Mohawk, Toatec (?), take my wife to that land with me.” I may not be able to figure out all the tribes involved, but that doesn’t keep me from hitting repeat and making up the words I can’t figure out.

So, the next time I complain about modern musicians taking themselves too seriously these days, someone leave a comment and remind me to listen to The Black Lips’ Good Bad, Not Evil again. And the next time I go off on a band maturing all the fun out of their music, someone tell me to take it easy, and play some more Black Lips. You know what? We all should just listen to more of The Black Lips, period. 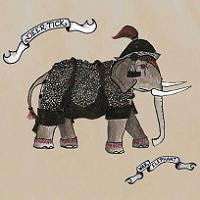 Deer Tick’s War Elephant is the type of album that makes me wish I was involved in the hard decisions concerning what got onto to the album and what got left out. I wish I was there, and had a vote, when the final track list was settled. Parts of this album are brilliant, pure and simple brilliance. With a voice that reminds me of Reg Presley of The Troggs, or Lee Mavers from Liverpool’s La’s, Deer Tick’s best numbers like “Art Isn’t Real (City of Sin),” “Long Time,” and “Diamond Rings 2007” recall the simple tunefulness of the British Invasion played through a modern country-folk filter.

Admittedly, 14 songs and 48 minutes isn’t grueling by any stretch, still, the track list could really benefit from some selective editing. In this case, the difference between 35 and 48 minutes is the difference between a good album and a great one. I’d remove two songs from the album between numbers six, seven, and nine. I’d let Mr Tick choose. None of them are necessarily bad songs, but collectively they drag things down significantly. Then, I’d look Mr. Tick square in the eyes and ask him if he was serious about the set closer, his cover of Anthony Newley’s, “What Kind of Fool am I?” Its gaudy, showy, show tune shenanigans end the album on a sour note.

I’ve always contended that it’s naivete that makes me want to listen to albums front to back, no skipping, in the manner the artist intended. Oh, if it was really that simple. The truth is some artists need a good set of trained ears around to pick through the filler and tighten up an album. MP3 technology makes editing an album easy for most listeners, but not me. I don’t hunt and peck, and I don’t shuffle. All play lists are made with care, bordering on obsession. I prefer my interaction with music to consist of sitting and listening and no button pushing, meaning my best opportunity to alter Deer Tick’s War Elephant came and went months ago.

Begrudingly, I give War Elephant by Deer Tick a good, not great 6 1/2, out of 10 on the Rockometer. 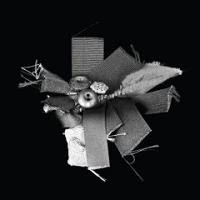 The first time I listened to Prinzhorn Dance School’s debut, I was disappointed. This is a forboding, ominous disc comprised primarily of bass guitar, bass drum, terse vocals by Tobin Prinz, similarly succinct shouts by his cohort Suzi Horn, and lots and lots of empty space. I wanted it to be building to something – a guitar explosion, a moment of zen, or anything that would explain their steadfast adherence to this strict structure. I wanted a big payoff. It wasn’t there. The second time through Prinzhorn Dance School, I learned to appreciate their barren sound. When arrangements are this sparse, every snare hit, every cymbal, and every note from the guitar stands out. Still, while theses tales of isolation, paranoia, and apparent madness began to display a complexity contradictory to their barren surface, I couldn’t escape the feeling that there should be more.

Then, as I listened to the plaintive shouts of “You, you are the worker” and the steady, rhythmic pounding of bass and drums on “Worker,” it hit me. Our modern world feeds on consumerism, instant gratification, and entitlement. Yet, these things are all distractions to what is really going on around us. Sometimes life is nothing more than work, work, work, bang, bang, bang, a carrot on a stick leading us along and a lollipop as a token reward for toil. It’s a brutal, pessimistic, and sometimes a shockingly real outlook on the world around us.