A Six Pack for The Rockometer

Due to the logjam of new releases piling up at IRCWHQ during the past few weeks, this edition of the Rockometer is for those of you hip to the whole brevity thing. The first anonymous commenter that says these aren’t reviews, these are blurbs with numbers will win a prize. A comment by yours truly saying, “You’re correct.” 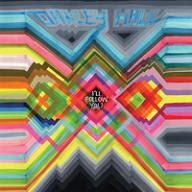 Oakley Hall’s I’ll Follow You is a little bit country, and a little more rock. Sure, there’s fiddle, lap steel, and just about everything else you’ll need for your next urban hoedown. However, there’s also your fair share of blazing guitar solos, and vocalists Patrick Sullivan and Rachel Cox have this wonderful John Doe and Exene Cervenka thing going on, where the sum of their voices creates a far greater presence than the times when one of them is singing alone. I’ll Follow You has your fair share of rompers, stompers, rockers, and rollers, but my favorite tune on this one is the album closer, “Take My Hands, We’re Free.” Whenever I listen to this one, I can’t help but think of cold nights in the country by campfire, with grandma’s ghost stories adding to that nip in the wind.

I’ll Follow You by Oakley Hall: 8 out of 10 on The Rockometer. 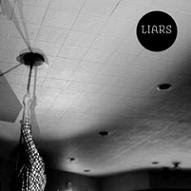 We are Liars and we do whatever the f*ck we want. We never make the same album twice, and we never make a bad album. We may be Liars, but we have standards. Sometimes we want to wallow around in the sludge and rip monster riffs. Other times we want to get out the old drum machine and get all bleepy and glitchy. When we got bored with monster riffs, scratches, and glitches, we headed to the Darklands, and kicked up the reverb, for some JAMC style jams. After a while, we got bored with that, too. So, we took that sound into a darker, more twisted direction. People say this is our most accessible album. That’s cool. We just did whatever the f*ck we wanted. We are Liars.

Liars self titled album is an 9 out of 10 on The Rockometer. 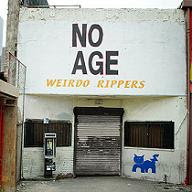 Don’t get me wrong. While I’m a big fan of this re-emergence of lo-fi, noise and punk, it also presents itself as the proverbial double edged sword. Sure, I love the fact that I have all these bands from places like LA and Columbus obscuring their melodies with a production aesthetic that favors buzz, fuzz, crackles, and hisses. However, as more bands like LA’s No Age, and Columbus’ Times New Viking, find there way onto my stereo, I have a harder time complaining about the old guard of indie bands making their music too nice and pretty. Who’s got time for twee, when there’s all of these wonderful weirdos ripping?

Weirdo Rippers by No Age: 8 out of 10 on The Rockometer. 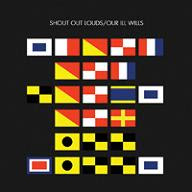 Did the Shout Out Louds sound so much like The Cure and New Order on their last album? Hmm…I’m going back to two of their singles from Howl Howl Gaff Gaff (“Very Loud” and “The Comeback”), and the answer is maybe, not really, sorta kinda sounded like The Cure? Now take one listen to, “Tonight I Have to Leave It,” the first single from Our Ill Wills and you’ll hear why many are calling vocalist Adam Olenius “The Swedish Robert Smith.” It’s not just the vocals either, the string melody could have come from any number of Cure songs. I find it reminiscent of “In Between Days,” you may hear a different tune. Second single, “Impossible” would be the New Order style tune, and it’s followed by “Normandie,” a number that seems to fall somewhere between “Love Cats” and “Close to Me.” Did I mention there’s also a track called “Meat Is Murder?” There’s nothing wrong with The Cure, New Order, or The Smiths, as those are three of the first “cool” bands I got hooked on as a youth. I just didn’t expect these influences to come from this merry band of Swedes.

Our Ill Wills by Shout Out Louds: 6 out of 10 on The Rockometer. 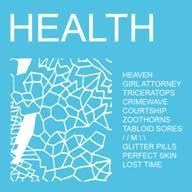 Form over function. Style over substance. Loud, pounding drums above all else. By placing the drums so prominently in the mix, Health create a primal, violent atmosphere that forces the listener to confront feelings of fear, tension, isolation, and madness. The liner notes suggest playing this album loud, and if you take their advice, that will make the pulses, scratches and shrieks clawing their way from beneath the drums, even more unsettling. Needless to say, this isn’t one for romancing the ladies, winding down after a stressful day at work, or for enjoying a quiet night at home with a good book. You’ll find some songs, and maybe you’ll make out a few words here and there, but mainly, this is an audio experiment hell bent on rattling the foundations of noise rock.

Health’s self titled release: 7 out of 10 on The Rockometer. 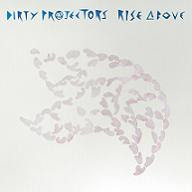 Six words. Try it before you buy it. Despite its overwhelmingly positive reviews in the press, Rise Above by Dirty Projectors is not something that everyone is going to want to hear. I’ll go further than that. Some people are going to find this album unpleasant, unmanageable and unlistenable. It’s high concept music made by intelligent, incredibly talented musicians for the intelligent listener who prefers high concept music. Ask yourself, do you expect a music critic to talk poorly of an album of abstract African rhythms and spontaneous vocal passages that is based on loose recollections of Black Flag’s seminal album Damaged? Of course, not. I cannot doubt the skill of Dave Longstreth and his band, The Dirty Projectors. Nor, can I deny that this concept is intriguing. I merely feel this is an album likely to fuel fierce reactions, both positive and negative, and thus far, the voices championing this work have been much louder.

Rise Above by Dirty Projects: 5 out of 10 on The Rockometer

One more note on the Rockometer. From now own, I’m only dealing in whole numbers. It’ll probably result in a lot more 6’s and 7’s, the I Rock Cleveland equivalent of the Rolling Stone three star review.