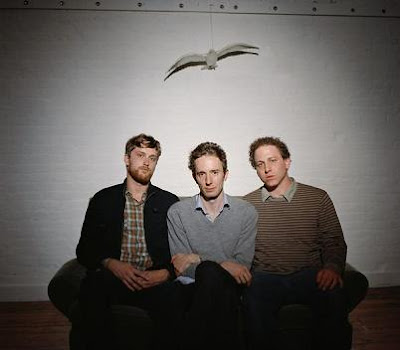 At its heart “Hallie” is a pop song that longs for a spot on a John Hughes soundtrack along side The Psychedelic Furs, Echo and the Bunnymen, or OMD. That’s not the same as saying, “Hallie” sounds like it came from 1985. Their collection of modified keyboards salvaged from garage sales and second hand stores produce unique whooshes and waves that make this one sound familiar and futuristic at the same time.

Heaven by Mobius Band will be out October 2nd on Misra. The band will be playing loads of dates in support of its release through the month of October and early November, including an October 27th date at the Grog Shop with Matthew Dear.