"Careen" by The Diggs 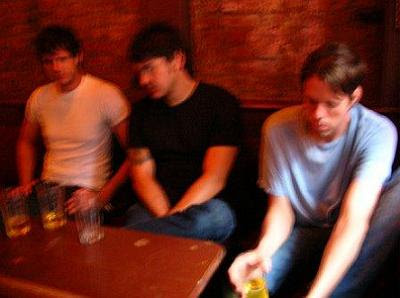 I was stoked to see a new track by The Diggs pop up in my inbox last night, and that was before I even took a listen. Their 2005 album, Commute, was an invigorating collection of space rock, shoegaze, and 90’s alt rock with big, buzzing guitars and a sound larger than one would expect from a guitar, bass, and drums trio. I distinctly remember a live performance of theirs on KEXP where you’d swear they had an extra guitarist or two hiding in the rear of the studio.

“Careen” continues exactly where the band left off on Commute, with the tight interplay between guitarist Timothy Lannen and bassist Robert Haussmann dueling for your attention, until some good old fashioned bursts of fuzzy squeals hit the speakers, effectively ending the guitar vs bass debate.

ctrl+alt+del by The Diggs will be out early in 2008 on Sugarspun Records.