Warning: "continue" targeting switch is equivalent to "break". Did you mean to use "continue 2"? in /nfs/c06/h01/mnt/88637/domains/blog.irockcleveland.com/html/wp-includes/pomo/plural-forms.php on line 210
 I Rock Cleveland I Rock Cleveland | "The Deception" by iLIKETRAINS 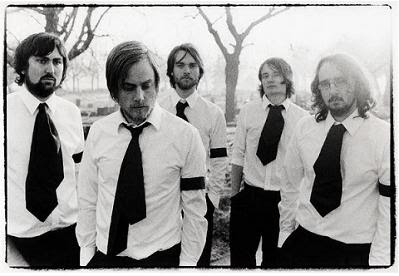 With a style that combines the grand, processional arrangements of Sigur Ros, with the conflicted darkness of Nick Cave, you don’t need a masters in history, or a wikipedic knowledge of the past in order to appreciate the music of Leeds based, iLIKETRAINS. However, if you take the time to research the tragic events unfurling in their morose tales, their music becomes all the more captivating. Their discography includes songs based on the Great Fire of England, the Salem witch hunts, troubled chess champion, Bobby Fischer, Captain Scott, a tragic captain of an Antarctic exploration team, and Spencer Perceval, the only British Prime Minister to be assassinated.

“The Deception” details the ill-conceived and ill-fated entry of English yachtsman, Donald Crowhurst, into the 1968 Golden Globe Race, a solo, round-the-world, sailing competition sponsored by The Sunday Times. Woefully under prepared, Crowhurst, falsified his sailing logs, giving race officials the impression that he was a favorite to win the race. As the end of the race neared, Crowhurst succumbed to madness, ending his own life in an apparent suicide. His boat was found abandoned with volumous logs, detailing his deception. iLIKETRAINS elegantly depicts Crowhurst’s descension, first as he revels in his achievements, “They said it couldn’t be done/I proved them all wrong/A sleight of hand/And I have become the chosen one,” and again later, as he is battling isolation and insanity, fast approaching his final resting place, “Hear I sit with my head in my hands/Lost in a sea of deception/And the ship won’t let me sleep/And the wind won’t talk me down.” Words like powerful, and moving, cannot even begin to describe to the weight of “The Deception.”

Elegies To Lessons Learnt will be out in the states on October 23rd on Beggars.