“My Hit Song” by The Artificial Sweeteners 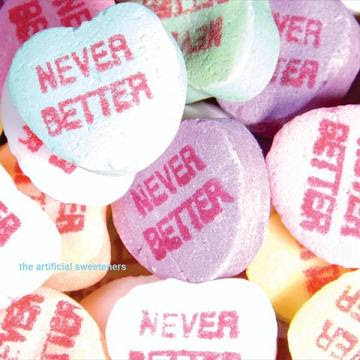 I’ve always rooted for the lovable loser. It seemed during the nineties, all my heroes were either slackers, f*ck ups, doubters, or loathers. Perhaps no one played this role as well as Evan Dando of the Lemonheads, a man who made a career out of intertwining his own shortcomings with quaint melodies on songs like “The Outdoor Type.” He may not have been able to mountain bike, start a fire, pitch a tent, or go rock climbing, but he sure could write songs. Of course, the irony of Dando’s situation is if he wasn’t so busy doubting himself, and engaging in self-destructive behavior, his career could have been much more successful than it was.

The Artificial Sweeteners play a similar game with “My Hit Song.” Over a pleasantly simple guitar melody, Dave Molnar doubts his ability to write a hit song, “I’ll never write a hit that breaks the band/Gets us into the bus out of the van.” Neither will the band hit soundcan, be big in Japan, or have pages of myspace friends proclaiming, “I’m your biggest fan.” His doubt reaches beyond the ability to write a hit song, to the point where he wonders whether he could convince anyone to put his records out, or if he even knows how to write any songs, “Is it still quiet loud quiet loud/Or has the formula changed somehow/Cause I’ve traded in most of my pedals by now.” Sure, no one has hit songs these days, especially unknown bands from Cleveland, and I would be inclined to agree with him, except for one small point: “My Hit Song” really is a great pop song.