For Those About to Rock Kick: The Young Sportsmen 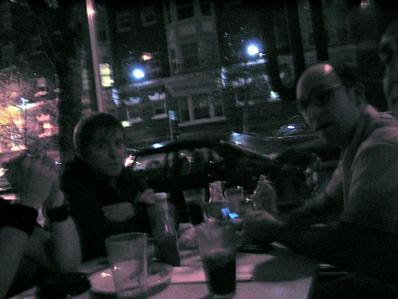 Excuse me while I contradict myself. Earlier in the week, I made a statement like, it was refreshing to hear someone pushing the boundaries of popular music, as I was nearly convinced that all the new ideas were gone. Well, today I’m going to tell you that three minutes listening to the power pop of The Young Sportsmen may be the best three minutes of your day. You shouldn’t be too surprised. After all, I’m the same dude who spent somewhere between $50 and $60 on out of print power pop compilations, and the same dude whose only mp3 mixtape to date was 70 minutes of power pop.

Seattle’s Young Sportsmen are well versed with some of the genre’s heavyweight’s of the past decade, including Sloan, Superdrag, and the Figgs. Check out that guitar work on “Her Independent Feature,” and how it squeals like the Figgs’ “Favorite Shirt.” Or, if you prefer you’re power pop to be of the Seventies variety, “Unnecessary” sounds like it could have been a long lost outtake of Cheap Trick’s Budokan.

Like all the great power pop bands, the Young Sportsmen have “it,” the uncanny ability to make verse, chorus, verse, and guitar solo sound invigorating, even as you know you’ve heard it before. Screw your recommendations, best new music, and innovations, this is music that puts my fist in the air, and (much to the dismay of my downstairs neighbors) propels me to rock kick in the living room. If there’s a better power pop band in 2007 (not named Sloan, of course), I haven’t heard them.

Death to Palaces is out now and is available in both physical and digital formats through the Young Sportsmen’s Myspace.