Future of the Left and Wooden Shjips Meet The Mighty Rockometer 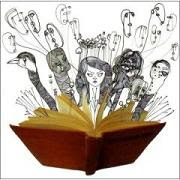 Two years after Adrew Falkous and Johnathon Chapple broke up Mclusky, their loss is only beginning to be felt. More praise is bestowed on that band, and especially their 2002 release, Mclusky Do Dallas, now that they’re not a band, then at any time while they were still a band. It’s a shame really, since this would have been about the time that Mclusky would break it big. However, if you’re at all familiar with Cardiff’s Mclusky, you couldn’t have been too surprised. After all, Falko was quick to skewer any and every man in Cardiff that crossed his path. If Chapple didn’t have a hand in breaking up the band, then I’m sure that Gareth Brown 1, Seamus 2, or Stereophonics 3 would have gladly broken up the band for them.

Fortunately, Falkous has a new band, Future of the Left, with former Mclusky drummer, Jack Egglestone, and Jacrew’s Kelson Mathias on bass, and they sound a lot like the old band. Falkous still has a sharp, piercing guitar, and the tongue to match, and Mathias, can rumble on the bass just as well that old chap from Mclusky. Sonically speaking, “The Lord Hates a Coward,” “Fingers Become Thumbs,” and “adeadenemysmellsgood” all feature inventive and incisive riffs, and hit as hard as anything Mclusky released.

Yet, to say that Future of the Left, is nothing more than the fourth disc from Mclusky would be misleading. Falko and company have learned some new tricks. “Manchasm” features a great lyrical twist with “Colin is a pussy/a very pretty pussy” referring not to some unfortunate soul in Cardiff, but a very pretty pussy cat, and even more surprising, in place of shrieking six-strings, is a rabid synthesizer. “Suddenly A Folk Song” isn’t a folk song, but this is another synth heavy number, and along with “She Will Only Bring You Happiness,” from The Difference Between Me and You Is That I’m Not on Fire, is one of the poppiest numbers Falko has written to date. Perhaps, the biggest surprise of them all, is the piano ballad, yes I said piano ballad, “The Contrarian.” That last one may be shocking for some of you, but rest assured, it’s only one song, and it’s immediately followed by the aggressive shrieks and hollers in “I Need To Know How To Kill a Cat.”

Curses by Future of The Left: 8 out of 10 on The Rockometer 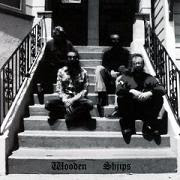 My last trip to Holy Mountain didn’t go quite so well. The second half of Blues Control’s self-titled album, and its dirty, psychedelic paranoia was the sound of the devil’s hell spawn rising from the ground to take their place among the living, and needless to say, it scared the bejesus out of me. To this day, I have a hard time listening to it in the dark, and the mere thought of playing Blues Control backwards, frightens me even more.

My second trip to the psychedelic shrine at Holy Mountain has fared much better. Although Wood Shjips debut is a decidedly dark, creepy, and crawly album, I’ve had no satanic scares, and no cold sweat nightmares. After one song, “We Ask You to Ride,” where Wooden Shjips play it like a song, i.e. somewhat decipherable lyrics with verses, they settle down into one smooth oozy, gooey, groove. The foundation is set by the steady, minimal work of drummer Omar Ahsanuddin and bassist Dusty Jermier. Nash Whalen, whose organ hovers in and around, but never very far from haunting, tops the groove, then, they more or less stay out of the way over the last four songs and 30 minutes, and let guitarist Erik “Ripley” Johnson jam his wonderfully fragile and freakish solos.