"Be Less Rude" by Frightened Rabbit 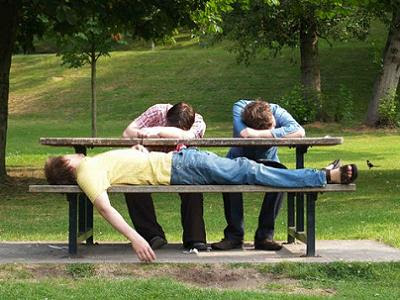 “You could be less rude.” How nice. In an age where a computer and an internet connection can turn the nicest of people into flaming anonymous a-holes, “Be less rude,” sounds so quaint. Do you remember the slogan “Mean People Suck” from back in the Nineties? That one worked out pretty well, too. How many of you knew a mean person who upon seeing the bumper sticker or t-shirt, asked aloud, “Mean People Suck? What does that mean?” Still, you’ve got to give Frightened Rabbit some credit, first, for taking the moral high ground, and not belittling their adversary with big words, and secondly, for making a joyful, clangy, jangly single out of their civility.

Sings the Grays by Frightened Rabbit is out now digitally on Fat Cat and a physical release in the US should be availabel soon(ish). A single for “Be Less Rude” will be out next month.