Warning: "continue" targeting switch is equivalent to "break". Did you mean to use "continue 2"? in /nfs/c06/h01/mnt/88637/domains/blog.irockcleveland.com/html/wp-includes/pomo/plural-forms.php on line 210
 I Rock Cleveland I Rock Cleveland | Spanish Prisoners 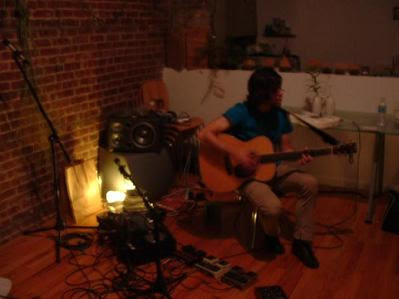 Leo Maymind (Spanish Prisoners) is the son of Latvian immigrants who first came to this country when he was but a toddler, but like many other musicians who have come of age in Ohio, he has a second father, Robert Pollard. The Guided By Voices frontman isn’t his father by birth, (although I do wonder what music would be like if Pollard was as a prolific father as a songwriter) rather, it’s his DIY spirit, and embrace of warm, inviting, lo-fidelity recordings, that makes him a mentor, or maybe more accurately, the drunk uncle, to Spanish Prisoners, and a wide assortment of Columbus bands including Dolby Fuckers, Psychedelic Horseshit, and Times New Viking.

As recording technology continues to improve, making slick albums attainable to the masses, I’m struck by how many times I’m drawn to albums that sound less polished. It’s the creeks, and switches, clattering the background, and the guitar chords pushing red, that remind me that music is still being made by dreamers who awoke one morning to find a stray melody in their head. Dreamers who look around a basement, or a studio, and don’t see guitars, drums, keyboards, or horns, but see possibilities and the fulfillment of a song that needs to be heard.

Maymind does not limit those dreams to one particular sound or style on his self-released disc, Songs to Forget. “Song for the Weary” waltzes drearily with an accompaniment of banjo, accordion, and violin, and on the other end of the spectrum, “A Thousand Zimmermans” is rapid, lo-fi guitar pop that would surely make Uncle Bob proud. In between you’ll find some laptop pop (“Some Among Them Killers”), bedroom folk (“How The Fallen Fell” and “Mantequilla”), and even some delta blues (“Periwinkle Blues.”) Regardless of the particular genre Maymind is mining, all of these numbers exhibit depth and detail indifferent to the limitations of words like lo-fi or folk.