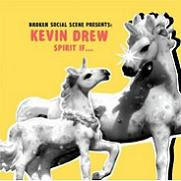 What exactly distinguishes Broken Social Scene Presents Kevin Drew from Broken Social Scene? My local record store had Spirit If… filed under Broken Social Scene. The fall tour is being billed as Broken Social Scene Plays Kevin Drew’s Spirit If. When you look through the liner notes, you’ll see many of the same contributors on this BSSP Kevin Drew disc as your would on a proper Broken Social Scene disc. Furthermore, it’s not like Kevin Drew has altered his songwriting or the manner in which he constructs these songs. He didn’t decide to release an album of alt-country strummers, or garage rock rave ups. Instead, you’ll find Broken Social Scene’s trademark technique of thick, warm, layers of sound patiently and meticulously stacked atop each other. As far as I can tell, the only perceivable difference is that Drew wrote all the tracks and he exclusively sings lead. Is that it? Or, does the inclusion of the decidedly un-Canadian guests like guitar hero, J Mascis, and Pavement’s Spiral Stairs, aka Scott Kannberg, preclude Spirit If from being a BSS album?

The cynic in me serves up an additional reason why this is a solo release with an awkward, elongated moniker. Maybe, it simply isn’t as good as Broken Social Scene proper. Aside from the blissfully rowdy, “Backed Out On The…” where Drew is lifted by a massive Mascis guitar riff, and “Lucky Ones,” with its undercurrent of sci-fi synthesizers, and uplifting chorus, Spirit If… tends to lean more towards serviceable than exceptional. I can’t name any bad tracks, per se, but weeks after its release, I can’t name many other stand outs, either. Maybe, “Gang Bang Suicide,” but the more I hear that one, the more I hear “Anthems For a Seventeen Year Old Girl,” from Broken Social Scene’s You Forgot It In People, and like most sequels, the original was better. Granted, serviceable from the BSS crew is preferable to exceptional by many other bands, still, I expected more than steady, pleasant sounds from a collective of musicians who are more than capable of mind-blowingness.

Spirit If.. by BSS Presents Kevin Drew is a 6 out of 10 on The Rockometer. 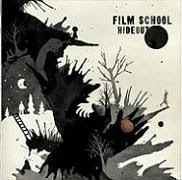 This is no knock on Film School, but I don’t know if I’ve made it through their latest release, Hideout, without falling asleep. There are certain bands and certain releases that I tend to listen to late at night when I’m just about to nod off. Mogwai and Sigur Ros also fall into that category, and there’s nothing wrong with those bands, either. Just the other night, I was lounging on the sofa around midnight, Hideout was on the stereo, and I distinctly remember thinking to myself, “Ok, you fall asleep to this album all the time, try to stay awake this time. You don’t even know what the song seven sounds like.” Next thing I know it’s three in the morning. This time I’m prepared to make it through Hideout. It may be dark outside, but I’ve just had a double strength glass of iced green tea, my mind is sharp, and there’s no fatigue to be found.

Hideout is one of those albums, that at times teeters between influence and imitation. The most immediate influence may be My Bloody Valentine. The louder you play Hideout, and we’re not even talking about ear-splitting loud here, or even neighbors banging on apartment walls loud, the more numbers like “Lectric,” “Sick Hipster Nursed by Suicide Girl,” and “Capitalized” lose their definition and become dream-like blurs with bass and drums. If I was the type to use controlled substances, I could see myself lighting up to this, then finding bliss as the distinction between guitar and keyboard becomes even less concrete.

The most obvious imitation is The Cure. “Two Kinds” may be borrowed from The Cure’s “Lovesong.” it may be an homage to “Lovesong,” or Film School’s Greg Bertens may have penned this track with no conscious thoughts of “Lovesong” at all. Regardless, between demos, recording, mastering, and production, someone should have noticed the similarities in melody, tempo, and chord progression.

Ultimately, how much you enjoy Hideout, will likely depend on where you stand on the old imitation versus inspiration debate. If you’re like me, and a good part of your formative listening years was spent with My Bloody Valentine, The Cure, of Jesus and Mary Chain, and you actively seek new artists that draw from those sounds, then you’ll surely enjoy Hideout. On the other hand, if you hold the original shoegazers in such high esteem, and you find the second wave of sound a pale imitation to the originators, then you may want to pass. 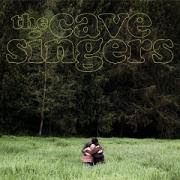 Seattle Weekly’s Brian J Barr, described The Cave Singers as a band who, “Never listened to much folk music, they never intended to play folk music, and more importantly, their guitarist never picked up the instrument until recently. Yet, this strange trio is writing and performing some of the most hypnotizing folk music we have today.” I was about to call bullshit, but he beat me to it, ” One listen to Invitation Songs, however, and you’re ready to call bullshit on them.” Still, even though I didn’t get to call bullshit, I think this quote is a very good point to start considering Invitation Songs.

The guitarist in that quote, the one who never played guitar, is Derek Fudesco, the former bassist of the Seattle post-punk band Pretty Girls Make Graves. Like another non-traditional guitarist, Jose Gonzalez, Fudesco effectively uses repetition by plucking simple and rhythmic, melodies, and looping them throughout a song to create a soothing, hypnotic effect.

Academic studies have shown that repetition is a big part in the development of earworms (songs that get helplessly stuck in your head), and through Fudesco’s guitar, that phenomena appears to be at work on Invitation Songs, as these numbers feel so welcoming, and so familiar, even on the first listen. The vocals of Pete Quirk, also add to the immediacy. His voice is high, almost nasal, but it has this endearing, everyman busking on the street corner feel to it.

Lead number, “Seeds of Night” provides a good example on how their non-folk backgrounds and non-folk style, come together to create a folk song. It opens with a recurring guitar melody in the foreground, a loose, jangly chord in the background, an occasional thump of the bass drum, and Quirk’s friendly, yet quirky, voice. When they do get to a breakdown, it’s sharp, and it’s much more Fugazi than folk. Surprisingly, the end result is a folk song. They use similar techniques on “Helen,” “Royal Lawns,” and again on “Bricks of Our Home.” Sometimes there’s a scratch and a rattle from the snare, other times there are no drums at all. There may be a lonely call from the harmonica, or interstellar, electric buzzing, but each time the results are just as captivating as the last.

Invitation Songs by The Cave Singers is an 8 out of 10 on The Rockometer.