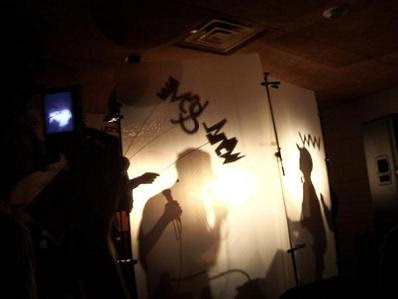 If I was in NYC this week, I’d be nothing more than another voice in the crowd of journalists and bloggers claiming the Deerhunter/Dan Deacon/No Age/White Williams/Ponytail showcase was a life altering affair. Instead, I’m here in Cleveland hungover from a painful baseball game. Ok, who am I kidding? If I was at CMJ this week, I would have been annoyed by the hipster set going ga ga over Dan Deacon, I would have been yelling “Less talk, more Rock,” at Deerhunter, and I’d still be exhausted. Still, in spite of my skepticism at the buzz bands that come through CMJ, I’m intrigued by this White Williams. He spent some of his formative years in a town dear to my heart, Cleveland, with a certain Case student, Greg Gillis, who’s made quite a name for himself on the indie circuit under the name of Girl Talk. White Williams’ first single, “New Violence,” is a pop number that’s unabashedly Eighties in style, yet due to some truly unique sounds he’s able to coax out of those keyboards, it comes off sounding surprisingly contemporary.

White Williams will be at the Grog Shop on November 5th with Emeralds, Beauty Quest, and Dj’s YaYa and Irsten. The New Violence EP is out now on Tigerbeat6 with the full length, Smoke, due out on November 6th. 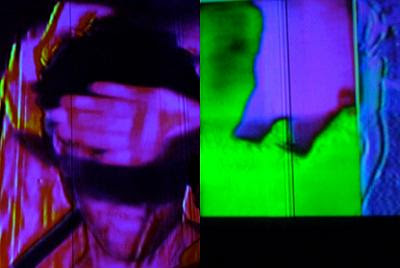 When I listen to “That’s That” by Cass McCombs I can’t help but think of homecoming dances with big poofy dresses and white kids with their cheesy Eighties dance moves. It’s as if this song came from a scene in a long lost John Hughes film where the lovable loser finally gets his girl, if only for one dance. It doesn’t matter if the popular girl comes to her senses after the dance, for during these four minutes, everything is perfect — the light, smoothly crooned vocals, the glittering keyboards casting a glow on the “Enchantment Under the Sea” banner, while the bassline provides a nice easy swing.

Cass McCombs will be at the Grog Shop on December 4th with Jose Gonzalez. McCombs’ latest, Dropping the Writ, is out now on Domino Records.