Warning: "continue" targeting switch is equivalent to "break". Did you mean to use "continue 2"? in /nfs/c06/h01/mnt/88637/domains/blog.irockcleveland.com/html/wp-includes/pomo/plural-forms.php on line 210
 I Rock Cleveland I Rock Cleveland | The Arrival of Niggy Tardust 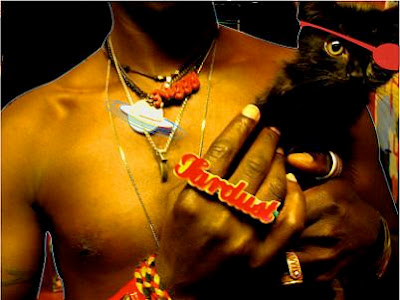 The game is changing. Radiohead may not have invented alternative distribution and pricing, but they sure brought the notion of doing it yourself in the internet age to the forefront of many discussions on the future of the music industry. In many ways, The Inevitable Rise and Liberation of Niggy Tardust by Saul Williams, is the first post In Rainbows release. Like In Rainbows, the initial announcement of Williams’ collaboration with Trent Reznor was made online, and the album was sold through the artist’s website, effectively cutting out all the middlemen in the distribution chain, and eliminating the need for a traditional release. Unlike In Rainbows, Williams and Reznor, did not use the name your own price gimmick, rather, there was one option to order the album encoded at 192 kbps MP3 for free, and another option to order the album at 320 kbps MP3 or looseless audio, for $5. This corrected one of the main complaints of Radiohead’s release, namely, the consumer did not know the quality of the digital album they were purchasing. Additionally, Williams and Reznor, fixed another of Radiohead’s missteps, the lack of artwork, with inclusion of a high res jpg of the album art, and a pdf booklet with original art complimentary to the music, extensive liner notes, and hand written lyrics.

Like The In Rainbows Experiment, it may be too early to tell if Niggy Tardust’s model will be commercially viable. In Rainbow’s success was due in large part to Radiohead being Radiohead: one of the biggest rock bands on the scene today. Saul Williams certainly doesn’t have the audience of Radiohead. Still, whether Niggy Tardust is successful or not, I do admire artists like Williams, Reznor, and Radiohead who are willing to take a chance and explore what the new musical landscape has to offer. These are the types of things the majors should have been doing for years instead filing lawsuits and fighting technology.

As for the music? I haven’t made it through the whole album yet, and it’ll be a few days before I have my thoughts organized into a review, but my bloggy sense is telling me, “Formidable album,” and “A militant blend of NIN and TVOTR.” If nothing else, you should check out Niggy Tardust for its killer cover of U2’s “Sunday Bloody Sunday.” Consider it your gateway into Saul Williams’ dark, intense, and propulsive new album.