The Rockometer: All Noise Edition with Psychedelic Horseshit, Shooting Spires, and Holy F*ck 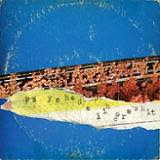 Is Psychedelic Horseshit’s strict adherence to the lo-fi aesthetic done for art’s sake? Is it from a f*ck all attitude? Or, is it some of both? When they bury the melody of a great pop song like “Portals” or “Can’t Get Enough” in a harsh mix with guitars and organs pushing red, it’s obviously done for aesthetic reasons. When they do something like run two songs in two channels simultaneously, like they do on “Mash Up: Psychedelic Horseshit vs Space Age Lucifer,” you become convinced that they’re more interested in messing with your head than they are in making music. The best moments of Magic Flowers Droned come when art meets confrontation and the two find common ground, as is the case with “New Wave Hippies.” The mix is rough, Matt Whitehurst’s guitar solos are ragged, the jabs at freak folk are pointed (“New Wave Hippies do song and dance/but they don’t say anything/An entire generation with no one to believe”), and the song constantly threatens to deconstruct itself into a formless mass of noise. Magic Flowers Droned can be a frustrating listen in parts, “Mash Up: Psychedelic Horseshit vs Space Age Lucifer,” in particular, is a prime candidate for permanent skip, but every time you’re ready to write them off as making noise for the sake of noise, they give you a song, and a damn good one, too.

Magic Flowers Droned by Psychedelic Horseshit: 6 out of 10 on The Rockometer. 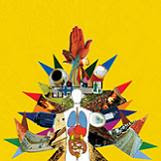 As one third of Parts and Labor, BJ Warshaw, creates manic, future punk anthems with his wild assortment of keyboards, guitars, switches, and boxes that look (and sound) like an electrical fire waiting to happen. Consequently, you might expect Warshaw’s solo outfit, Shooting Spires, to be roughly one-third less frantic than Parts and Labor. That is and isn’t the case. Numbers like “Right,” “Quarantine,” and “Hollow Yell” certainly share Parts and Labor’s penchant for making melody out of the unlikeliest assortment of meshing and mashing sounds. While “Silent Alarms” sounds exactly as I imagined a Parts and Labor side project would sound – there’s still any number of glitchy noises piercing the mix, the percussion sounds as if it could have come from utensils and kitchen pots, and a scientific analysis would probably confirm that there’s one third less notes than the average Parts and Labor song. Yet, Shooting Spires also features any number of tracks that are restrained in comparison to Parts and Labor (restrained, being a relative term). “Alive and Well” and “Sky for Sea” could have been pure pop songs. That’s if they didn’t sound like they were recorded on the floor of a machine shop. 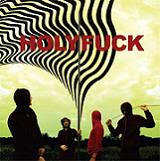 Holy F*ck. Do you know how hard it is for me not to turn this into an excuse to drop one “F bomb” after another? Luckily for you, Holy Fuck’s LP is interesting enough in its own right that I don’t have to resort to lines like: “Holy f*ck! The Canadians are coming and they’re bringing the noise!” “Holy f*ck! Did you see the size of that synth wave?” Or, “Holy f*ck! What is it? Is it noise rock? Is it dance rock? No, It’s Holy F*ck!” I certainly could fill this review with one “Holy F*ck!” after another, but it’s silly, and it’s juvenile, and it would be a disservice to the band Holy F*ck, and the people who actually want to know what Holy F*ck sound like.

What’s that? You mean in my attempt to not drop a f*ck load of “F Bombs” I’ve already dropped ten”F Bombs?” Please excuse my potty mouth. No, I wouldn’t kiss my mother with this mouth. My mom doesn’t even know I know the word f*ck.

Holy F*ck! How did these Canadians manage to make the faceless, and often passionless genre of glitch rock sound so warm and human? Holy F*ck! If it didn’t say so in the press release I wouldn’t have believed it. These tracks were recorded live and not slaved over in the studio. Holy F*ck! That’s impressive.

Holy F*ck! This business of reviewing Holy Fuck and not saying f*ck for f*ck’s sake is for the f*cking birds.