Warning: "continue" targeting switch is equivalent to "break". Did you mean to use "continue 2"? in /nfs/c06/h01/mnt/88637/domains/blog.irockcleveland.com/html/wp-includes/pomo/plural-forms.php on line 210
 I Rock Cleveland I Rock Cleveland | The A-Sides 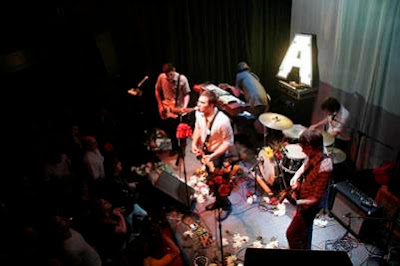 Philadelphia’s A-Sides share more than a song title (“A Side Wins”) and album title (“A Sides Win”) with preeminent power pop band, Sloan. They also share the Halifax four piece’s love of the classic B bands (Beatles, Beach Boys) and their penchant for crafting impeccable melodies. Of course, it’s more likely that they took their name from the term for the front side of a 45. This makes sense, too, as The A-Sides certainly have any number of potential singles on their latest release, Silver Storms. There’s the bubble and bounce behind the upbeat “We’re the Trees,” the bold, expansive ballad, “Diamonds,” and, well, just about every other number. Often times it’s difficult to distinguish one pop band from another, but, really it’s pretty simple — either a band has that ability to make melodies that stick around after the record’s done, or they don’t. The A- Sides have it.

Silver Storms by The A-Sides is out now on Vagrant Records.