"Wild Tigers I Have Known" by Emily Jane White 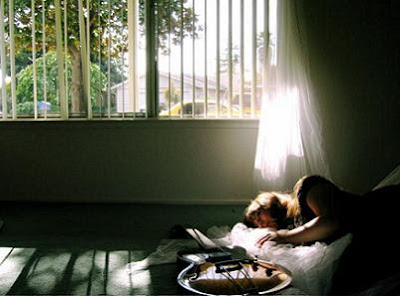 “Melancholy goodness” sure sounds like a phrase I’d pen, however, it was the label’s way of describing San Fran folkie, Emily Jane White, not mine. While that’s a pretty fair description of what you’ll find on her debut record, Dark Undercoat, I’d also like to add “Sad fantasticness,” “Morose mastery,” and “Somber wonderousness.” Many of the numbers on Dark Undercoat feature nothing more than voice and guitar, or as is the case with “Wild Tigers I Have Known,” voice and piano. With such open arrangements, it’s White’s dark, smoky voice that is responsible for creating the melancholy vibe. Regardless of what White actually says in “Wild Tigers I Have Known,” the texture and emotion so prevalent in her singing is more than enough to clearly communicate how those beasts shredded her heart.

Dark Undercoat by Emily Jane White is out now on Double Negative Records.