"Broke Up the Time" by The Futureheads 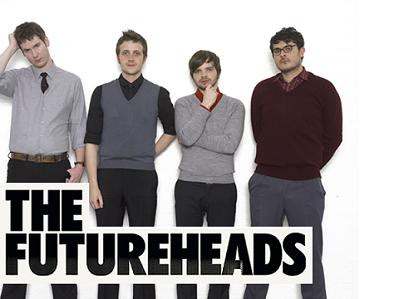 The Sophomore Slump has been particularly unkind to UK post-punk and new wave bands of late. Does anyone remember A Weekend in the City? C’mon it did come out earlier this year. How about Ten New Messages? News and Tributes? The follow up albums by Bloc Party, The Rakes, and The Futureheads all failed to live up to the promise of their debuts with varying degrees of disappointment. On their second release, The Futureheads had one solid single, “Skip to the End,” and a bunch of tunes I can hardly remember. Now, if there’s a benefit to going through the sophomore slump, it’s when you’ve survived the ordeal with your band in tact and you’re readying album number three, you can release a single that fits right in with your debut and everyone will hail it as a return to form, like I’m about to do. “Broke Up the Time” by the Futureheads is a true return to form. The energy, the excitement, the frantic and manic pop madness — it’s all back.

The Futureheads as of yet unnamed, third album is tentatively scheduled for an April 08 release.

The Futureheads on Myspace