Warning: "continue" targeting switch is equivalent to "break". Did you mean to use "continue 2"? in /nfs/c06/h01/mnt/88637/domains/blog.irockcleveland.com/html/wp-includes/pomo/plural-forms.php on line 210
 I Rock Cleveland I Rock Cleveland | The Rockometer feat. Burial and Floratone 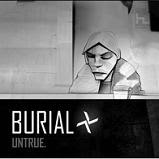 The rise of the South London-based dubstep artist, Burial, runs counter to everything we’ve been told about succeeding as a musician in the digital age. You’re supposed to have your mug on facebook, myspace and every other place engaging with your fans and building relationships. You go to Burial’s myspace, and you won’t find a bio, a blog, photos, or tour dates. There are no links to buy his latest disc, or limited edition t-shirts. There’s just the standard flash player and one song to stream. While wikipedia and five minutes of googling can reveal the life story of many popular musicians, a similar effort to unearth Burial’s past will reveal one startling fact: only five people outside of his family know his identity as a musician.

The well guarded mystery of Burial, the person, lends itself well to Burial, the music. His primary style is dubstep, a narrow subgenre where the skittish, two step rhythms off the UK’s urban underground meet the hollow reverb of Jamaican dub. His compositions are often stark, dark and spacious. A black, ominous night, an open window, and the sound raindrops hitting concrete aren’t merely visual images you receive from listening to Untrue, but ambient noises like raindrops, clicks from a cigarette lighter, or wind rustling the curtains, are in the actual mix. Additionally, many of the vocals on his tracks are pitched and stretched to the point where they’re hardly human at all, effectively obscuring their identity from both the listener and the artist who may have recorded them.

Burial did a most admirable job in crafting a bleak, urban landscape complete with secrets lurking behind every shadow, but the lyrics of Untrue often don’t hold up to the high standards of the music. At first I held Untrue in the same category as Nine Inch Nail’s distressed masterpiece, The Downward Spiral. Then as I listened closer, I was struck by how all of the tension was centered around lost love. Was that it? The reclusiveness, mystery, and isolation were all caused by a woman? “I envy you.” “I can’t take my eyes off you.” “Holding you.” Loving you.” “Kissing you.” “The way I feel inside/It’s all because you lied.” It seems all too simplistic for such a complicated soundscape. These basic lines can be seen as a way to further his mysterious persona, or, alternately they can viewed as a missed opportunity to dig deeper into the reasons behind all the secrecy. Ultimately, I find it a bit over-dramatic and I just want to give the dude a man-hug, complete with a hearty back-slap, and tell him to cheer up buck-aroo, we’ve all been there before. Alas, his secret identity will all but prevent that exchange from ever happening.

Untrue by Burial: 7 out of 10 on The Rockometer 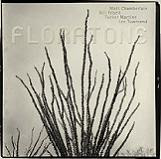 Floratone started out as an improvisational jam session between noted jazz guitarist Bill Frisell and in-demand session drummer Matt Chamberlain, but once they turned over those recordings to producers Tucker Maritine and Lee Townsend, it became something entirely different. Hours and hours of material were sliced, diced, edited, looped, and re-created into samples that made sense. When Frisell and Chamberlain received the condensed version of their initial sessions, it was time to jam again. Bassist Viktor Krauss was brought in to give the recordings a little more groove, then cornetist Ron Miles and violin/viola player Eyvind Kang supplied the melody, before Chamberlain and Frsell took one more turn in the studio to round the project out. And that’s the abridged version.

The resulting album transcends our well constructed notions of genre. Floratone can be considered jazz. It also has elements of post-rock, electronic, ambient, blues, roots, dub, or just about any other label you fancy, making it the everything bagel of instrumental music. Strong competing influences complement each other for a unique experience, rather than crowd, or overwhelm one another.

It isn’t necessary to understand how Floratone’s album was made in order to appreciate it — these grooves do well enough on their own — but once you have an understanding of its complicated construction, a new level of detail reveals itself. It’s fascinating to ponder how the same improvisational sessions yielded both the dub heavy acid jazz of the title track and “The Wanderer” as well as the space age, dirty delta blues of “Mississippi Rising,” and the interstellar post-rock vibe of “Frontiers.” Other times, you can find yourself getting lost in a track like “The Futurist” and its myriad of guitar solos, as you rack your brain in a vain attempt to find the one passage that may have been its genesis.

Floratone’s faults are few, and a bit nitpicky on my part. Occasionally, as on “The Wanderer” I would have preferred a simpler arrangement. There’s more than enough going on with Frisell’s guitar that the coronet carrying the melody becomes a distraction. Going back to an earlier analogy, it’s the equivalent of garden veggie cream cheese on the everything bagel, when the plain would suit it far better. Then, when they do find a good simple groove, like “Take a Look,” where the primary melody is carried by the bass, and Frisell’s guitar abstractions are the accompaniment, it ends too soon. Still, even with these minor annoyances, Floratone is a truly fascinating instrumental album that rewards both the casual listen through the living room stereo, and deeply concentrated sessions with a good pair of headphones.