Win The Libertines’ Time for Heroes in Time for The Holidays 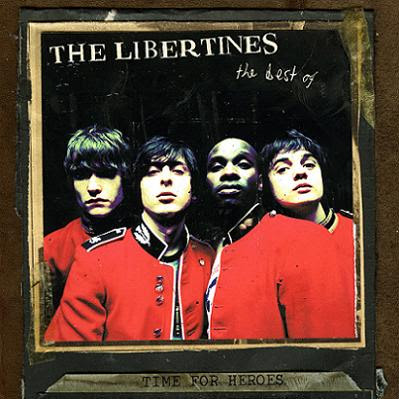 Why The Libertines and why now? Because three years after Pete Doherty’s drug problems dissolved his partnership with Carl Barat, John Hassall, and Gary Powell, no UK guitar rock band has been able to top them. Lord knows the English press has tried. This year it was The View and as scrappy as those lads were, and as much as they tried to emulate The Libertines — in sound and in character — they weren’t The Libertines.

Why The Libertines and why now? Because if you weren’t hip to the UK rock scene in the earlier part of this decade you probably only know the name Pete Doherty from the headlines he made with his famous ex, Kate Moss. Dude had some killer tunes, too.

Why The Libertines and why now? Because it’s the holiday season and The Libertines new greatest hits disc, A Time for Heroes, will make a fantastic gift for that anglophile on your list. In addition to tracks from their two studio albums, this collection also features the non-album cuts “What A Waster,” “Don’t Look Back Into The Sun,” “Mayday” and an alternate version of “Death On The Stairs.”

Thanks to Beggars US/Rough Trade, I have one gift wrapped copy of The Libertines new greatest hits disc, A Time for Heroes, for that extra special anglophile on your list, or for yourself. To enter, send an email to irockcleveland at gmail dot com with the subject line A Time for Heroes in Time for The Holidays. I’ll keep the contest open through Sunday night and one random winner will be notified via email on Monday. As always, your privacy is important. Your email won’t be used by I Rock Cleveland or any third parties for purposes outside of this contest.