Warning: "continue" targeting switch is equivalent to "break". Did you mean to use "continue 2"? in /nfs/c06/h01/mnt/88637/domains/blog.irockcleveland.com/html/wp-includes/pomo/plural-forms.php on line 210
 I Rock Cleveland I Rock Cleveland | Double Shot of Rock from Untitled Musical Project and The Radishes

Double Shot of Rock from Untitled Musical Project and The Radishes 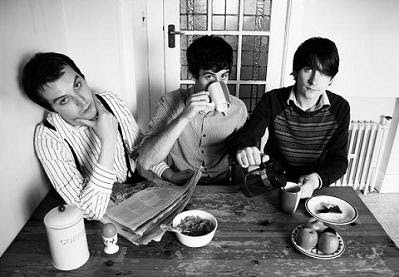 While there may be no point in labeling a band as the next Mclusky when we already have the next Mclusky with Future of the Left, a band featuring 2/3 of Mclusky’s last lineup, there’s no denying the sonic similarities between Cardiff’s Mclusky and Birmingham’s (UK) Untitled Musical Project. There’s the heavy, thumping bass of Andrew Barry Graham, the frenetic rhythms of drummer James Peacock, and the sneering howl of guitarist/vocalist Kieran Duffy. And with song titles like “I May Not Be Jimi Hendrix, But At Least I’m Still Alive” and “It’s Not So Credible to Be So Intelligible” it’s apparent they share the Welsh rockers’ stinging wit as well.

Mcluskyism’s aside, this trio have delivered a taut, aggressive, and explosive debut disc of eight songs in little over 18 minutes. It’s the type of economic recording I can really appreciate. Who said discs have to be 30, 40, or 50 minutes? If you’ve got 18 minutes, then by all means, rock 18 minutes. Furthermore, if the people are to be believed, then they’re tired of buying discs for one or two good tracks. As Duffy recently told Paper This Walls, “I just don’t see the point in padding songs out to make up the disc space. I’m sure that in time we’ll write longer songs and evolve…but at the moment, everything can be said in sub-two-minute songs.” Or, as someone famous once said, “All killer, no filler.” 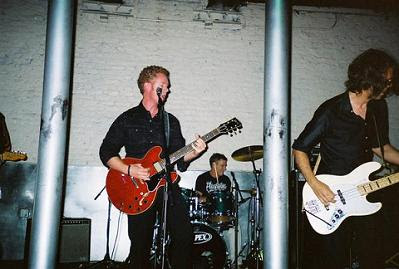 It pains me to admit this, but after my first few times through The Radishes’ album Good Machine my reactions ranged from “Meh” to “Ho-Hum” and “Blah.” I had made a critical mistake in gauging this band: I was looking for an intelligent angle on a loud rock band when I should have turned off my mind and turned up the volume. It’s a point I’ve made many times over in this blog: A good rock band doesn’t have to be new and different, or have the right influences and the right looks. A good rock band has to rock, and The Radishes can rock.

Coincidentally, the turning point came after I listened to Untitled Musical Project’s debut disc something like four times in a row Tuesday night, and I found myself clicking through my media library for some more tuneage with aggressive guitars and sneering vox. Hello Radishes.

There’s a lot of the classic Detroit Rock City sound in this band from San Fran and LA. Think Iggy, MC5, etc. Other times, I’m hearing classic thrash like Suicidal Tendencies, as the tune “Long Day in My Mind” with its spoken word verses has a certain “Institutionalized” quality to it. Most of the time, however, I’m just hearing good, solid Rock ‘N’ Roll.