C’mon Get Heavy: New Tuneage From Graveyard and Dead Meadow 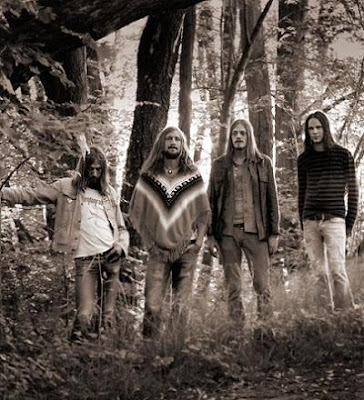 Do you want to hear something brutal? Check out the second verse of Graveyard’s “Evil Ways” where guitarist/vocalist Joakim Nilsson sings of selling his soul for a pack of smokes. Note, he didn’t sell his soul for a hit single, money, or fame, just a pack of smokes. He didn’t even specify what kind of smokes he wanted from the devil. I’ve seen how these deals work, and I’m willing to bet that they weren’t even name brand smokes. Can you imagine selling your soul for a pack of basic ultra lights? Man, that’s brutal.

When Sweden’s Graveyard aren’t making questionable deals with satan, they’re laying down heavy psychedelic jams like their Scandanavian brothers in rock, Witchcraft. Graveyard’s debut has plenty of thick, sticky riffs with nods to the originators of heavy music, and production-wise, it has the same Seventies feel as Witchcraft’s releases, but what separates this band from their long-haired brethren is the voice of Jesus. Not, Jesus, Jesus, or course. He wouldn’t sell his soul for ultra lights, and if he did, we’d all be proper f*cked. Rather, Nilsson can almost match Soundgarden’s Jesus, Chris Cornell, note for note. It sounds like what would have happened had Cornell would taken his time machine back to the time of Sabbath instead of the time of Rage Against the Machine.

Graveyard’s self titled debut is available now digitally through eMusic and Amazon. Physical copies will be available in February on Tee Pee Records. 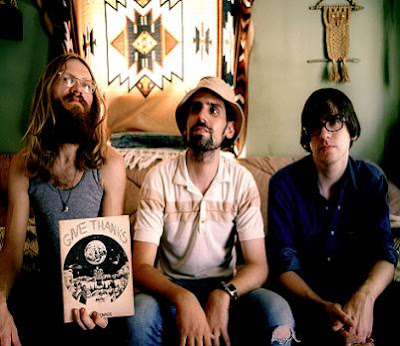 With the departure of second guitarist, Cory Shane, LA via DC psychedelic rockers, Dead Meadow, are back down to a trio for their third album for Matador. Oh, and what a powerful trio they are. On “What Needs Must Be,” the first tune to emerge from the soon to be released, Old Growth, they follow the model of classic power trios like Cream or The Jimi Hendrix Experience where a slow hypnotic groove laid down by the rhythm section buys time for the guitarist to blaze. And make no mistake about it, when it comes time for guitarist Jason Simon to blaze, he lays down a mighty fine solo.