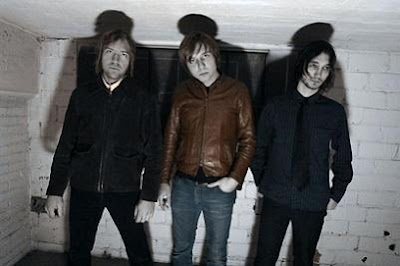 It’s common knowledge that you can’t teach an old garage band new tricks. Or, at least I thought it was common knowledge that garage bands forever stayed in the garage, until I put on this new track by SSM, “Start Dancing.” On this number from their second album for Alive Records, John Szymanski, Dave Shettler, and Marty Morris have updated a steadfastly rigid genre with a synthetic, robot groove that bridges the divide between Detroit’s storied histories of techno and garage. Szymanski’s cool, detached plea to stay on the dance floor isn’t the most convincing order to get down — it’s as robotic as the groove behind him. Perhaps, that’s the point. With the news of a Japanese robot who can play the violin, why shouldn’t robots be able to dance, too?

Break Your Arm for Evolution by SSM was recorded at Akron Analog studios by The Black Keys’ Dan Auerbach and will be available on Alive Naturalsound Records on January 29th.