“Shotgun Philly” by The Suede Brothers 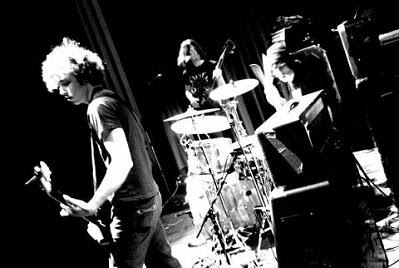 The last time I saw The Suede Brothers in concert, my friends and I were accosted by an over eager aunt who was all too eager to tell us how her nephew’s band were just like Zeppelin. “What did you think?” “Weren’t they great tonight?” ” Aren’t they just like Zeppelin?” Oh man, I hate being put on the spot like that. The conversation went back and forth from the over eager aunt, and one of my friends who was willing to take the “Realistic expectations” challenge. I remember the debate going something like this:

This went on and on and on. I was content to sit and listen and drink my beer, which was cold and tasty by the way, when I overheard, “Bill you’re a writer, what do you think?” What do I think? They play bullsh*t free, unpretentious rock ‘n’ roll. I thought The Suede Brothers were great as a four piece, when they were The Black Diamonds, and I was disappointed by the news when I first heard they broke up. I think Dylan Francis is a highly skilled rock guitarist, who can rifle off riffs to match anyone in this town. But do you think I want any part of this conversation? “Oh, I don’t write. I blog.” Then I made a typing motion by wiggling my fingers to emphasize my point. “Oh…You blog.” I could tell by the tone in her voice that she was one of those who don’t consider bloggers to be real writers, and within seconds, over eager aunt lost interest in my opinion.

It’s too bad. If she hadn’t started off with the line, “Don’t you think they sound just like Zeppelin?” and followed it up with “My nephew’s in the band,” I may have given her an honest appraisal of The Suede Brothers.

Their strengths are obvious and immediate. They’ve got skill, loads and loads and loads of skill. Guitarist Dylan Francis along with bassist Kevin Naughton and drummer Mick Varga lay down one thick, heavy, vintage groove after another, taking you back to a time when Camaros were king, jeans were tight, and Rock ‘N’ Roll ruled the radio. They’re relentless. The guitar barrage begins with track one, “Shotgun Philly” and doesn’t end until the last note of track ten, “Lay it Down.” The sound and the production on their self titled album is top notch. “Jolly Rodger” utilizes the lost art of audio dynamics, where the loud parts are loud, the soft parts are soft, and when the guitars roar back to life, the shift in volume accentuates their fury.

My main criticism of The Suede Brothers, goes back to one of their main strengths, with a constant onslaught of one heavy riff after another, and only slight variations in structure and tempo, they run the risk of giving the listener riff fatigue. One change of pace number in the middle of the album would have made an already hard charging back end of “Red,” “Lay it Down,” and “Serenade” even heavier.

The Suede Brothers will be celebrating the release of their self-titled cd this Friday night when they open the show at The Beachland Tavern with the Gore Gore Girls and Mr. Gnome.