Warning: "continue" targeting switch is equivalent to "break". Did you mean to use "continue 2"? in /nfs/c06/h01/mnt/88637/domains/blog.irockcleveland.com/html/wp-includes/pomo/plural-forms.php on line 210
 I Rock Cleveland I Rock Cleveland | "Waving Flags" by British Sea Power 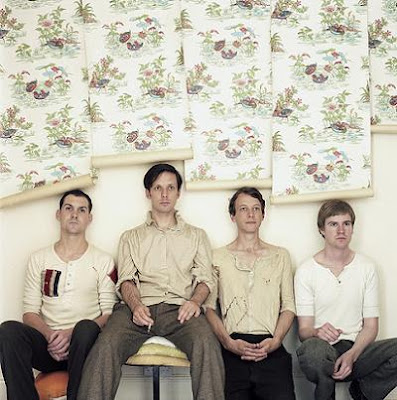 British Sea Power’s soon to be released third album comes with a simple question on its cover, “Do You Like Rock Music?” Does the pope sh*t in the woods? Of course I like rock music. Now, should you ask me if I like the pomp and grandeur of their latest single, “Waving Flags,” and that answer isn’t so simple.

“Waving Flags” is a radio single, and with its heavenly guitars reaching for anthemic heights and its multi-layered background tracks oohing and aahing its every move, it’s a very obvious radio single. If this was an Editors track or an Arcade Fire track, I’d likely be panning its bombastic movements as heavy-handed or brutish. Surprisingly, I’m not. With neither the laughable lyrics of The Arcade Fire, nor the over bearing emotion of Editors hanging over its head, and in spite of its grand amition, it’s able to retain some degree of lightness. Besides, this is a band who have always had a sense for the dramatic, and as long as they keep a safe distance from the all drama all the time zone by adding some of their signature thrash and trash in the album mix, I’m quite fine with them shooting for the skies.

Do You Like Rock Music by British Sea Power will be out on February 12th in the states on World’s Fair/Rough Trade. They will be touring the states in support of this release and will make a stop in Cleveland on Wednesday, March 26th at The Grog Shop.