Black Mountain’s In the Future Sends The Rockometer to 11 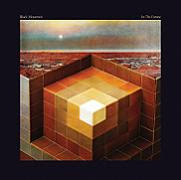 Black Mountain
In the Future
Jagjaguwar

Oh, holy mother of rock, Black Mountain slays. F*ckin’ A, do they slay. The guitars on “Tyrants” and “Bright Lights” are some of the biggest and baddest around. Yet, their ability to ROCK (all caps for emphasis) is not what makes In the Future one of the essential Rock ‘N’ Roll albums of this decade. Neither is it the voice of Amber Webber. As a foil to guitarist/vocalist Stephen McBean, and sometimes lead, her haunting, ethereal calls are wicked enough to wake the dead, but they’re not responsible for making this album a classic. No, it’s their patience. Yes, you read that right, it’s their patience. Although they trade in the music of the devil, they are blessed with the patience of saints, never rushing themselves to the big pay off. Amid all of the Pink Floyd keyboard salutes, and all of the gigantic guitar explosions, they retain a keen sense of balance, knowing when to keep a groove breathing barely above the murky, mucky muck and when to hit the pedals and rattle the room with a sinister storm of sound. Blazing, then teasing. Building tension, only to let it dissipate. Lulling the listener to comfort, then abruptly unleashing a furious, evil spell. You can see the dark clouds gathering over the horizon. You can feel the bad vibes in the air. Bad sh*t’s comin’, and you don’t know when it’s gonna hit.

After Black Mountain opens In the Future with the propulsive, dirty blues of “Stormy High,” you’re primed for more foot stomping, head banging, fist pumping action, and then, they bring you down with the slow, dusted rhythms of “Angels.” The epic, eight-minute “Tyrants” begins with a flurry of thick, hazy guitar, then it recedes. “Wucan” builds a hypnotic loop out of slinky keyboards and a smooth, simple bass line. You can feel the pressure mounting as Webber and McBean take turns delivering woozy, drugged out warnings, but the impending guitar apocalypse never comes. Consequently, it’s this careful control of dynamics, as Black Mountain mix the massive with the minimal, and alternate heavy, stoner rock with Rolling Stones style country, that makes the big moments, like the triumphant, shredding return of the six string during the climax of “Tyrants” sound so large and impressive.

Ultimately, the more epic than epic, 16-and-a-half minute “Bright Lights” is the number where In the Future makes its rightful claim for transcendency. Seemingly possessed, McBean and Webber repeat their pleas of “Bright lights, bright lights, bright lights,” against a backdrop of ominously, thumping percussion, and acid washed keyboards. Are they praying for their own salvation, or are they welcoming a nuclear holocaust and the end of humanity? After a rapturous display of guitar grandeur, the lights recede to reveal a scorched, barren landscape populated by wandering souls and soundtracked by four minutes of eerie keyboard explorations. At this point, you’ll either be convinced that In the Future is the best rock album you’ve heard in years, or you’ll be repulsed by the re-emergence of indulgence that punk was supposed to have killed 30 years ago. And there’s still five minutes left in the song.

Needless to say, “Bright Lights” and In the Future is the stuff of legends and not some bad classic rock nightmare plaguing your psyche. Very few bands could pull this off, and if they dared to try, the progressive rock theatrics Black Mountain seamlessly weave would sound clumsy, wanky, dated, or worse. And Black Mountain not only pull it off, but they do it without sounding like Pink Floyd or Led Zeppelin or Wolfmother trying to sound like Led Zeppelin. Through it all, they sound like Black Mountain. Maybe, there’s only one modern band who could make an album this grand. Black Mountain.

In the Future by Black Mountain: 11 out of 10 on The Rockometer.