Warning: "continue" targeting switch is equivalent to "break". Did you mean to use "continue 2"? in /nfs/c06/h01/mnt/88637/domains/blog.irockcleveland.com/html/wp-includes/pomo/plural-forms.php on line 210
 I Rock Cleveland I Rock Cleveland | Vampire Weekend vs The Rockometer

Vampire Weekend vs The Rockometer 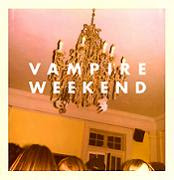 There’s so much wrong with Vampire Weekend, where do you start? For one, with comfortable backgrounds and Ivy League educations, they’re too privileged. And those oxford shits they wear are always nicely pressed. They’re too preppy. It’s like they’re slumming with us common people as they drive from town to town and play shows. Maybe they don’t even drive themselves when they visit places like Cleveland, Columbus, or Cincinnati. I bet they have a chauffeur and a limousine, and an ironing board set up inside the limousine to keep their oxfords crisp. No, I bet they go farther than that. They have a network of dry cleaners from coast to coast pressing, and starching, and hanging their shirts on hangers so they don’t wrinkle, and during the day when they’re lounging in nice hotel rooms, sipping no whip, sugar-free, soy vanilla lattes from Starbucks, and tracking their investments on their fancy wireless notebooks, the chauffeur in the limousine goes out and picks up their dry cleaning on the hangers and brings it up to the hotel room and hangs it in a closet. What new band can afford such luxury? Most musicians I know are happy to have a van that runs and maybe some clean socks.

Then, there’s the music – The Police, Paul Simon, Peter Gabriel, and ska, too. With those preppy, privileged lives and all that money us common folk will never see, that’s the best they could do? Didn’t they learn anything at Columbia? Those influences are all wrong. Where’s the Sonic Youth? Where’s the Velvet Underground, Pavement, and Guided by Voices?

Now, as if all that isn’t bad enough, get a load of this — on this song “Walcott,” they talk about escaping Cape Cod as if life and limb depended on it. Ooh, that’s rough. How about you spend some time in the St. Clair-Superior neighborhood, and then tell me how bad you had it on the Cape.

Everything about Vampire Weekend seems so wrong (Even the stuff I can’t verify to be true like the limousines, investments, hotel rooms, dry cleaners, no whip, sugar-free vanilla lattes from Starbucks, and the part about being well-off). That is, until you actually listen to their debut disc, and you learn these Columbia kids know a thing or two about crafting clean melodies and writing catchy songs. They work world sounds so effortlessly into the mix that it feels uncalculated, almost naive, and instead of obscuring a melody in pitched, trebly feedback, or awkward, overloaded arrangements, they openly embrace it. You don’t need to know what an “Oxford Comma” is, or when to use it properly, to appreciate vocalist Ezra Koenig’s easy croon, drummer Christopher Tomson’s Stewart Copeland-like staggered beat, and how it builds gracefully from simple to splendid. Then, consider “Cape Cod Kwassa Kwassa,” the number responsible for the vast majority of those Paul Simon Graceland comparisons, where Koenig displays his acute understanding of African guitar melodies over Tomson and bassist Chris Biao’s full, dynamic rhythms replete with congas and bongos.

Additionally, they have a firm grasp of restraint and a keen ear for detail, knowing the exact moment to switch up the beat, drop the bass and guitar from the mix, or liven things up with a flourish of strings. Sometimes, it’s nothing more than the drummer switching to the off-beat for the second verse, while other times, as on the introduction to “M79,” the effect is more dramatic, as you’re greeted by the uncommonly, regal sounds of harpsichord and a small string section, before the song pulls back to nothing more than bass and drums for the start of the first verse. Here, each instrument, including guitar and keys, has its own turn in the spotlight, as they politely make way for the next lead, until the violin emerges as the real star, crisply darting up and down the scale. Similarly, closing number, “The Kids Don’t Stand a Chance,” alternates its main melody between bass, guitar, keys, harpsichord, and strings, one at a time, up to the final movement where they’re carefully overlapped.

Suddenly, secondary topics like image, upbringing, authenticity, hype, and the inevitable backlash seem insignificant. If it’s about the music, and it should be about the music, Vampire Weekend’s debut is nearly as good as they come. Even if the middle section of “Campus”,”Bryn,” and “One (Blakes Got a New Face)” sags a bit, that still leaves eights songs with single potential. In past years, that would be enough to give them two years in the spotlight. Now, let’s hope everyone gives these kids a chance before moving on to the next big thing.

Vampire Weekend’s debut disc is a 9 out of 10 on The Rockometer.