Warning: "continue" targeting switch is equivalent to "break". Did you mean to use "continue 2"? in /nfs/c06/h01/mnt/88637/domains/blog.irockcleveland.com/html/wp-includes/pomo/plural-forms.php on line 210
 I Rock Cleveland I Rock Cleveland | "The Modern Leper" by Frightened Rabbit

"The Modern Leper" by Frightened Rabbit 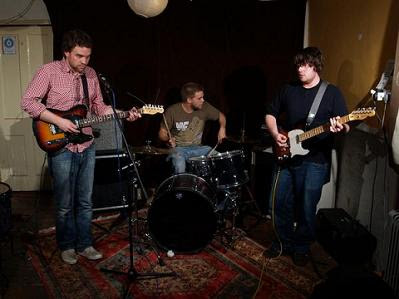 Cheer Up, Frightened Rabbit. Why are you so glum? I’ve never been to Scotland, but the rain can’t be as bad as a Cleveland winter. We barely see the sun for months and everything’s varying shades of gray and beige, and we seem to hold it together. Ah, so it’s a woman who’s got you down, making you feel all crippled and decrepit. Fair enough. You know what makes me feel better when I’m bummin’? Guitars. There you go, plug ’em in, rev ’em up, just like you did on “The Greys.” Kill those blahs in the chorus with layered and loud guitars. Are we doing better now? I thought so.

Frightened Rabbit’s follow up to 07’s Sings the Greys, Midnight Organ Fight, will be out this April on Fat Cat Records.