“Your Movement” by The Shackletons 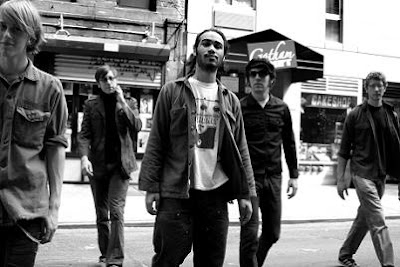 Recent coverage by Aversion and Idolator brought me back to The Shackletons, a band first covered on I Rock Cleveland way back in August 06. Since that time, they signed a deal with KEXP Dj, John Richards’ Loveless Records, and have just recently released their self titled disc. Due to multiple hard drive failures over the course of a year and a half, I can neither confirm nor deny that this is the save version of “Your Movement” previously featured here, but I suspect that its been cleaned up and pumped up for the album. The guitars certainly sound more prevalent when they rage in the chorus, the bass sounds a bit bouncier, and vocalist Mark Redding’s delivery has been sharpened to a preachy punk rock tone, similar to Ian McKaye’s style during his Fugazi days. Whether “Your Movement” is indeed the “Your Movment” of my memories, it doesn’t change the fact that this one’s been stuck on repeat over the past few days.