Warning: "continue" targeting switch is equivalent to "break". Did you mean to use "continue 2"? in /nfs/c06/h01/mnt/88637/domains/blog.irockcleveland.com/html/wp-includes/pomo/plural-forms.php on line 210
 I Rock Cleveland I Rock Cleveland | Three-fer Tuesday: The Death Set, Yea Big and Kid Static, and Die! Die! Die! 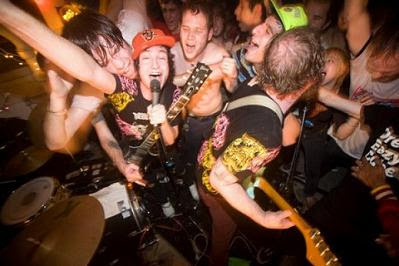 Taking a cue, from the intro of The Death Set’s latest single, “Negative Thinking,” not only can a a bad attitude ruin your life, but it can also ruin a perfectly good record. Never again. I could be bitten by a rogue rattlesnake any moment now (it’s possible, Fox 8 news says so), and that wouldn’t be enough to keep me away a second time.

“Negative Thinking” was originally released on an earlier Death Set EP, but will also be included on the their first full length, Worldwide, due out April 22nd on the new Ninja Tune offshoot, Counter Records. 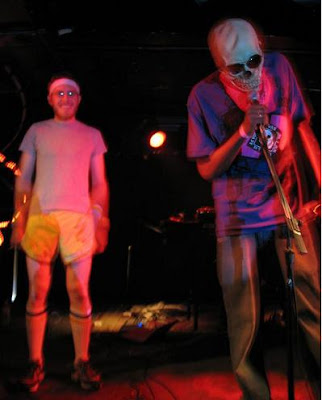 Turns out, when Yea Big and Kid Static aren’t kicking out glitchy, electro jams, or mashing up underground acts like the Mae Shi, they’re mixing beats about sandwiches. Usually, when rappers rhyme about food, they’re really talking about something else, like sex. If someone raps about making a sandwich on the dance floor, it has absolutely nothing to do with a loaf of rye and thinly sliced deli meats. However, when Yea Big and Kid Static rap “Eatchyo Samwich” I get the feeling these guys really do like eating samwiches. Sure, it’s also filled with meaty innuendo, but it’s secondary to the thrill of the mighty sammy. Be it a BLT, Hero, Tuna Melt, 24 inch party sub with peporoni and salami, or six slices of cheese stacked between two slices of white, they rock them all.

The very limited edition Eatchyo Samwich 3″ cd single is available for preorder now (appropriately packaged in a sleeve resembling a piece of bread) from The F*ck Me Stupid Mountain Princess Recording Collective. 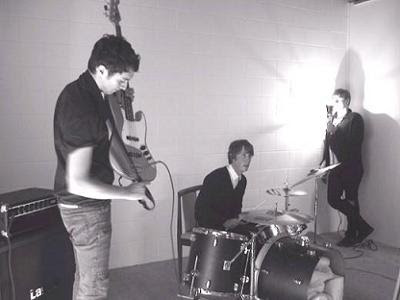 It’s been often said of the Cleveland scene, that its unclassifiable, if not disjointed and slightly out of touch with mainstream, sound comes from the fact that it’s isolated from the major music markets. Just because something plays in LA or NYC, doesn’t mean it’ll play in this town. A similar conclusion can be drawn with Dunedin, New Zealand’s Die! Die! Die!. While most of today’s post-punk is all mopey and dopey, DDD, play post-punk the way it’s meant to be played– fractured, loud, and frantic. I’ve seen names like Wire, Black Flag and The Pixies tossed about in describing these guys, but I prefer one simple adjective: rad.

Promises Promises by Die! Die! Die! is due out this Tuesday on SAF Records.