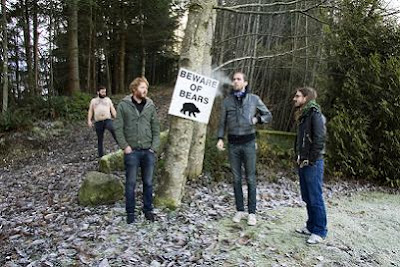 I have yet to crack the abbreviation “S.T.H.D.,” the title of the latest track to emerge from Ladyhawk’s forthcoming, second album, Shots. Could it be something about being stoned and/or drunk? Ladyhawk are notorious rabble rousers. Or, maybe it’s some secret code only known to hunters, naturalists, nomads and other inhabitants of the Canadian wilderness. Ignoring the letters in “S.T.H.D.,” I’ve come up with what I believe to be the best possible definition, “Everything you need to know about Ladyhawk in less than two minutes.” There’s the rustic undertones, a big arena rock chorus, and they even found enough room for a frenzied guitar solo. Basically, it’s everything Ladyhawk do well, in one quick hit.

Shots by Ladyhawk will be out March 4th on Jagjaguwar.