Warning: "continue" targeting switch is equivalent to "break". Did you mean to use "continue 2"? in /nfs/c06/h01/mnt/88637/domains/blog.irockcleveland.com/html/wp-includes/pomo/plural-forms.php on line 210
 I Rock Cleveland I Rock Cleveland | Old Growth by Dead Meadow

Considering everything I’ve gone through the past couple weeks, I invited Chris DeLine from Culture Bully to fill in with a couple reviews. First up is one album I’ve been rocking steadily for the first couple months of the year, Dead Meadow’s Old Growth. 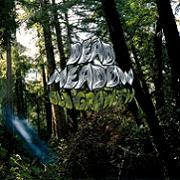 In 2005 I was introduced to Dead Meadow as the group opened for Sleater-Kinney, the band epitomized neo-psych with its no-nonsense hazy drab. At the time the band’s music came across as something terribly powerful while the makeup of its sound was tastefully cautious, the group never fully realizing the massiveness it sought. Cut to roughly three years later, on the same stage at Minneapolis’ First Avenue, with the heavily touted To Kill a Petty Bourgeoisie playing a showcase. Again I was witness to a band that seemed to be far more talented than it sounded, its music coming off as a blurred wave lacking any sense of harmony. Given a few years of expansion however, To Kill a Petty Bourgeoisie may prove me wrong much like Dead Meadow’s increasingly colossal latest, Old Growth has.

That being said – Old Growth has been criticized for failing to move forward, Pitchfork’s Tom Breihan elaborating on the album, “Since the release of 2005’s Feathers, the band has relocated from D.C. to L.A. and returned to being a trio after additional guitarist Cory Shane came and went. Listening to Old Growth, though, there’s barely any indication that anything has ever changed for this band.” This is an interesting accusation considering the elaborate layering of such songs as “Till Kingdom Come” and the album’s opener “Ain’t Got Nothing (To Go Wrong).”

Breihan caustically demeans the group’s sound, claiming, “Dead Meadow can write songs like these in their sleep, and they probably do,” but therein lies the continual shallow observation of anything remotely using its weight in reverb or shallowly defined as shoegaze. Given that bands ranging from the Brian Jonestown Massacre’s to The Upsidedown and Dead Meadow are all easily classified by the simpleness of their sound it’s easy to cast aside the creativity that necessitates the music; if it sounds simple it can’t possibly be art, right? But situations such as the carefully placed guitar solo late into “What Needs Must Be” demonstrates the band’s willingness to step outside the reverb-bubble it’s created and play-out an honest piece of music.

Old Growth is an album that is for the majority what one would expect of it, but it is also an album that is creative and enjoyable by its own right. Creating a record’s worth of mood music is easy, but the band’s inclusion of acoustic palatability without stunning the listener with a harsh abrasiveness proves that Dead Meadow has in fact grown.