Warning: "continue" targeting switch is equivalent to "break". Did you mean to use "continue 2"? in /nfs/c06/h01/mnt/88637/domains/blog.irockcleveland.com/html/wp-includes/pomo/plural-forms.php on line 210
 I Rock Cleveland I Rock Cleveland | “King of the Thieves” by 13ghosts

“King of the Thieves” by 13ghosts 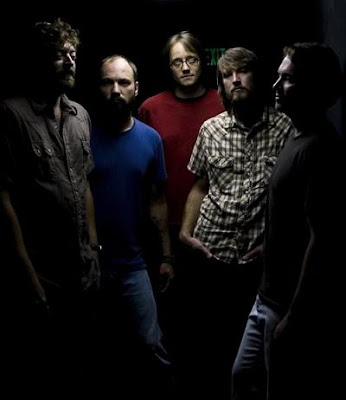 While I’m still on the road to well, making progress some days, and hitting road blocks on others, I invited another one of my favorite bloggers, Harry Smith, from Tha Bomb Shelter to fill in for a post.

I never listened to 13ghosts’ last album, “Cicadas”, but when an album from Wendy Williams at Toolshed drops in my mailbox, I’m always eager to listen. So yesterday when I found myself in possession of “The Strangest Colored Lights” courtesy of the one and only Ms. Williams, I couldn’t wait to pop it in my CD player and give it a spin. With just the little blurb on the front of the disc to guide me, I came into this pretty well blank as far as expectations were concerned. But then, who wouldn’t be at least a little bit intrigued by the following, “With a lo-fi attention to detail that builds to a soaring and cinematic wall of sound…this album should please fans of artists as diverse as Sparklehorse and Pink Floyd.” While I’m not familiar with Sparklehorse, I am a big fan of Pink Floyd, soaring, and wall of sound. So join me as I listen to Track Seven for the first time, “King of the Thieves”, after enjoying the dark, orchestral crescendos and the eerily quiet breakdowns.

As the last strains of the unexpected guitar solo from “Faint Goat” fade into the gentle plucking and strumming of “King of the Thieves”, the jarring of the gear shift startles. With the guitar, the tired, plodding piano, the dusty, occasional strings, and the snippets of lyrics I can only barely catch, “Many Miles in the days to come/ a place between myself and here”, it’s tough to get a firm grasp on the tune. The tempo quickens a touch and the dynamics of the song increase with an inexorable march toward a (hopefully) satisfying release. As it drops to the acoustic, some fuzz and the plinking of the piano, I’m on edge with the still fresh memory of that unexpected finish of “Faint Goat”. Will it explode again? Will it trudge slowly slowly to a close as I’m waiting for just one more note, one more surprise? When everything comes back, gentle and loud, filling my ears with sound, but not overwhelming, there’s hope for a crashing crescendo. A release after an almost-buildup. When the fuzzed out guitars screech into the amps and the plonks of the piano slide seamlessly into “Go to Sleep” I’m left satisfied, even though the big release never came. I only want a little more as the British Invasion vocals come in, another jarring transition, yet just perfect from this surprising band.

The Strangest Colored Lights by 13ghosts will be out March 18th on Skybucket Records.