"Recovery Forever" by The Diggs 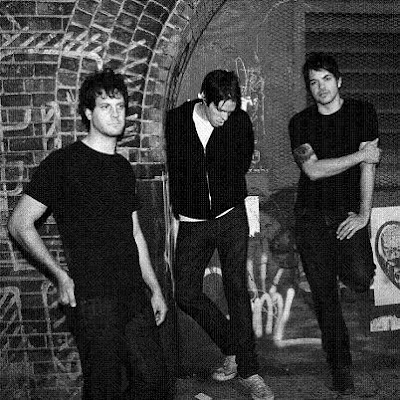 For some of you, ctrl-alt-del, the new disc by the Brooklyn band The Diggs is going to hit all the right nostalgic spots. Gimmick free, fashion free, and with just enough kick, their sound hearkens back to the pre-Pitchfork days when you could turn on your local Alt-Rock radio station and unexpectedly find your new favorite band. The previously featured, “Careen,” showcases the tight interplay between guitarist Timothy Lannen and bassist Robert Haussmen, where the two of them engage in a rock band version of cat and mouse, ducking and dodging each others moves until they eventually come together for the big payoff in a wide-reaching wall of sound. While today’s featured track, “Recovery Forever,” finds the band taking a subtler, more gentle approach on a light, airy, mid-Nineties shoegaze style ballad.

The Diggs
The Diggs Myspace