Releases in Brief: Lots of ‘Em

Here’s the good news. I’m finally back on the highway to health. During the past month, I’ve been to sh*t and back, and have emerged a stronger man. Also, during the past month, the cds have been piling high on my coffee table. Here’s the first edition of Releases in Brief, my first attempt at catching up with some of the notable discs that came out while I was unbloggable. 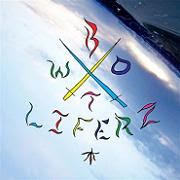 Let’s do a little experiment. Imagine for a moment that you’re in your favorite record store browsing through the “B’s” and you come across Blood on the Wall. You’ve heard of them, but never heard them, yet you remember a conversation at a show where it was mentioned they’re a pretty rad band. One cd is titled “Liferz” and the other is “Awesomer.” Which one would you pick?

I think most of us would pick Awesomer. C’mon, could there be anything more awesome than awesomer? Well, in this case, yes, and what’s awesomer than Awesomer is Blood on the Wall’s third disc for The Social Registry, Liferz. For someone from the 120 Minutes Generation, Blood on the Wall’s Liferz is manna from heaven. It’s got the boy, girl vocal thing down. They’re also proud graduates of the soft-loud-soft-loud Pixies school of rock music dynamics: sometimes they shout, sometimes they whisper, and sometimes they wail, and all of it’s done with the requisite amount of fuzzy feeling reverb.

MP3: Blood on the Wall – Hibernation 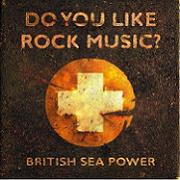 Seeking to right the ship after Open Season, British Sea Power, returns with a rock album. Not just any rock album, mind you, a grand, epic rock album, named Do You Like Rock Music?, daring any and every rock music fan to ignore it at their own risk. Since, if you like rock music, how could you possibly not like an album named Do You Like Rock Music? Well, if anthemic, new millenium arena rock isn’t your thing, then British Sea Power’s version of rock music may not rock well, at all. It’s as if they tried too hard to make a statement as large as U2 or The Arcade Fire, and lost focus on what made their name in the first place. 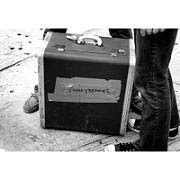 Seemingly out of nowhere (more specifically, Chambersburg, PA) The Shackletons have come to right those two wrongs on their self-titled debut album for Loveless Records. It’s like they’re on a one band crusade to rescue long dormant words like “angular, ” “urgent,” and “Fugazi-esqe” from zines and scenes long gone by.

MP3: The Shackletons – Your Movement 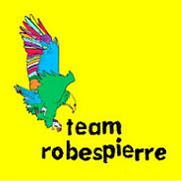 Being a fan of electro-punk, glitchy punk, lo-fi punk, and basically anything under the indie banner that has some kick to it, I was prepared to love Everything’s Perfect, the new disc by Brooklyn synth-punks Team Robespierre. The keyboards sure sound retro, in that trendy Brooklyn kinda way, and they sure got those call and response vocals down pretty well, but it just doesn’t work. Something’s not right here. At 10 songs and 17 minutes, Everything’s Perfect, is about 8 songs and 13 minutes too long. Maybe they’re a “live” band and couldn’t capture the “right” sound on disc. Maybe there are people who like to hear two dudes yelling over second-hand keyboards. Whatever the case, from my comfortable couch in Cleveland, Ohio, Team Robespierre come off as one of those quintessential Brooklyn bands who get raves from those in The City, but whose act falls flat once it’s heard outside of the usual hipster havens. 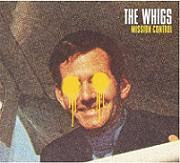 While The Whigs won’t be winning any originality in underground rock contests any day soon, they do have plenty to offer for those who like their alterna rock mixed with the sounds of the south. Think Kings of Leon, My Morning Jacket, Being There era Wilco, or even Buffalo Tom, and you should have a pretty fair notion of how this one plays out.

MP3: The Whigs – Right Hand On My Heart