"Hard Feelings" by The Constantines 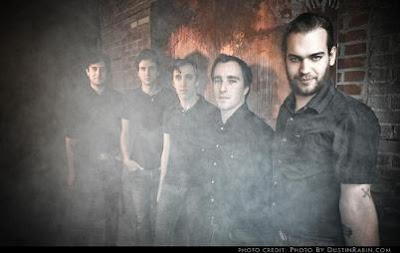 The Constantines 2005 release, Tournament of Hearts, was more of a reserved affair for the Canadian band who’ve earned numerous comparisons to iconic rockers like The Clash, Fugazi, and The Boss throughout their career, as subtlety, texture, tension and release took precedence over pure sonic assaults. It’s not that I have anything against maturity — cars, babies, mortgages, and paying your bills on time are all worthy pursuits, but sometimes life needs a little kick. The kind of kick that can only be provided by post-punk guitar work. With an intricate and ominous intro similar to the blistering “Nighttime/Anytime (It’s Alright)” from 03’s Shine a Light, “Hard Feelings” finds The Cons revisiting their old ways with intensity, urgency, and, oh, a smattering of emotion. There are “Hard Feelings,” after all.

Kensignton Heights by The Constantines will be out April 29th on Arts & Crafts Records. Their spring tour includes an April 22nd date at The Grog Shop.