"And the Girls Go" by Men Without Pants 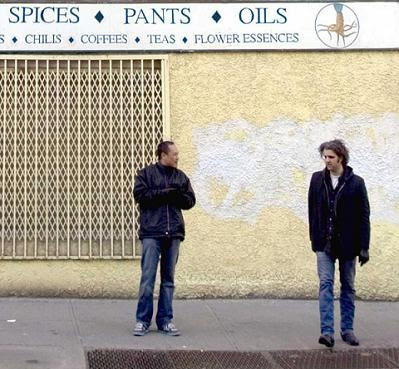 Men Without Pants? The name reminds of this movie script I worked on for a sequel to Dude Where’s My Car where two do-nothings wake up one morning and can’t find their pants. I called it Dude Where’s My Pants and much hilarity, hijinks, and monkeyshines ensued.

“And the girls they go/Ahh ahh ahh/Like they do when they’re having sex?” Are you serious? Usually, this type of refrain would make me hit the skip button faster than you can say “It’s all about the nookie.” Yet, I cannot ignore the big blues groove laid down by Dan The Automator and Russel Simins (not that Russel Simmons, we’re talking about the one from The Blues Explosion). When the groove is king, I can look past all sorts of things.

MP3: Men Without Pants – And the Girls Go

Naturally, by Men Without Pants, will be out later this year on Expansion Team Records.