Warning: "continue" targeting switch is equivalent to "break". Did you mean to use "continue 2"? in /nfs/c06/h01/mnt/88637/domains/blog.irockcleveland.com/html/wp-includes/pomo/plural-forms.php on line 210
 I Rock Cleveland I Rock Cleveland | Parts and Labor In 60 Seconds Or Less

Parts and Labor In 60 Seconds Or Less 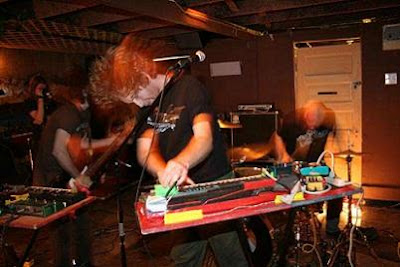 Regular readers of I Rock Cleveland shouldn’t need an introduction to Parts and Labor. After all, they did release the second best album of 2007 and they’ve played numerous shows in the city over the past few years. Yet, let’s say you’ve never taken the time to get yourself acquainted to their brand of rapid, manic, futuristic punk. I understand you’re busy, I’m busy, too, but I think we all can find an extra 30 seconds in our oh so busy day for rock.

What? That went by too quick. Ok, here’s another one.

MP3: Parts and Labor – Waste Away

That one went by awfully fast, too. I know. “Semi-Annual” and “Waste Away” both came from Parts and Labor’s latest, the 51 song, 29 minute EP, Escapers Two. Written and recorded during one weekend while the band were still a three-piece with Christopher Weingarten on drums, it makes the Minutemen’s Double Nickels on the Dimes sound excessive, and it makes GBV’s notoriously prolific frontman, Robert Pollard, look like a songwriting sloth.

At this point, it should be noted that Parts and Labor do record songs that are longer than one minute, just not on this disc. Escapers Two, is the second in a series of experimental releases under the Escapers title. This time around, with many of these tracks being done on the first take, or with as few takes as possible, spontaneity and old fashioned punk rock spirit were the overriding themes. Sure, some of these numbers may sound rushed, or unfinished, but that’s all part of the experiment. Writing and recording 51 songs in one weekend is no small feat, no matter how short they may be.

You can pick up Escapers Two from the band while they’re on tour, or from your local record shop. If you’re in the area, Music Saves may still have a copy or two in stock.