The Rockometer feat. The Black Keys, The Raconteurs, and The Breeders 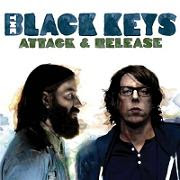 Attack and Release, the fifth album by the Akron blues duo of drummer Patrick Carney and guitarist/vocalist Dan Auerbach marks a couple firsts for the band. It’s the first album they’ve recorded in a proper studio (Suma in Painesville, Ohio), as well as the first album made with an outside producer (Danger Mouse). Strangely enough, the Keys initially hadn’t planned on either of these events happening. The work with Danger Mouse was supposed to be on a new Ike Turner album, but after his untimely death, they had found themselves with a few tunes and a desire to get them to tape.

For a band noted for their raw, no nonsense approach to Rock ‘N’ Roll, these developments could have served as a warning that a drastic change was coming down that long, dusty road they had set out on six years ago on their debut release, The Big Come Up. The overriding fear was that Danger Mouse, best known as being one half Gnarls Barkley, and for his production work with The Rapture, Gorillaz, and The Good, The Bad, and The Queen, would strip the Keys of the grit that had made them such a successful band.

To his credit, Danger Mouse’s production on Attack and Release, largely stays out of the way — there are no electronic drum loops, air sirens, or annoying 8 bit sounds. Instead, he allows the Keys to do what they do best — lay down nasty grooves on guitar and drums, while he fleshes out the intros, outros, and bridges, giving them a much fuller sound than they’ve ever enjoyed. Take “I Got Mine,” for example, where Auerbach and Carney rock an old time riff fit for a haunted hollow, with the production adding backwards tracks and assorted spookies between the verses. A similar approach is taken with the first single, “Strange Times.” Auerbach has his six string set to kill, Carney’s hitting the kit with power and precision, and it’s just like any other Black Keys single, until the chorus comes and the jeepers and creepers work they way into the mix. Then, there’s “Same Old Thing,” which is almost the same old thing for The Keys, except there’s a recurring flute melody, and husky whoops punctuating Auerbach’s rugged, love torn blues.

While it’s easy to imagine how the rockers would sound had the Keys returned to their basement studio for Attack and Release (see 2006’s Magic Potion), it’s on the slower numbers where their new approach is more noticeable. “All You Ever Wanted” and “Lies” both carry more weight with the addition of sad, aching organ tracks, and they just wouldn’t sound nearly as interesting if they were recorded without additional accompaniment.

For those who’ve been with The Black Keys for years, Attack and Release isn’t that much of a departure. We’re not talking Black Keys 2.0, and no one’s lobbing insults like sell outs or traitors. It’s still The Black Keys. It’s still the blues. And it’s still some of the best tunes Northeast, Ohio has to offer.

Attack and Release by The Black Keys: 8 out of 10 on The Rockometer. 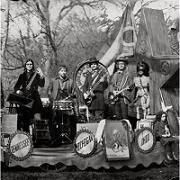 The Raconteurs
Consolers of the Lonely
Warner Bros.

Listening to Consolers of the Lonely, is like traveling in a time machine back to the days of real rock and roll radio, and being tuned in to the lunch time request hour on Clevealnd’s Classic Rock, but on this particular day all of the callers want to hear deep album cuts by The Rapsberries, The James Gang, Foghat, Mountain, and Grand Funk Railroad. An hour goes by, you still haven’t heard one hit, and you’re asking yourself, who are these burned out longhairs asking for this sh*t, doesn’t this f’n radio pick up any other stations, and why can’t I get back to the future yet? It’s frustrating like that. One expects more from a band featuring two talented leads like Jack White and Brendan Benson.

Consolers of the Lonely by The Raconteurs: 5 out of 10 on The Rockometer. 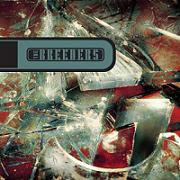 At first, Mountain Battles may seem like an imperfect album, sluggish, and poorly sequenced with a reverse running order of thirteen to one playing much better than one to thirteen. One song’s in German, another’s in Spanish, and still others never move beyond a bare, minimalist groove. It’s also exactly the album Kim Deal and The Breeders wanted to make. Unburdened by the pressure to produce another “Cannonball,” her bank account buttressed by the success of the reunion of her other band, The Pixies, and secure in her place in alterna-rock history, she doesn’t need blog buzz, glossy features, or big first week numbers to validate her work.

Then, on subsequent listens, Mountain Battles begins to make sense. This is an independent release in the truest sense of the word, and to make it more English, or to make it conform to expectations would be a disservice to not only the artist, but to the listener as well. It’s not that The Breeders can’t make another “Cannonball.” They are more than capable of cranking out more songs with jagged blasts of guitar and rubbery bass lines to satiate your nostalgic itch, with songs like “Walk It Off” and “It’s The Love” hitting many of the same notes as Deal’s earlier work with The Breeders and The Pixies. Rather, 15 years removed from their signature song, and with a stable lineup with her sister Kelley (guitar), Mando Lopez (bass), and Jose Mendeles (drums) all returning from 2002’s Title TK, they’re more interested in exploring new possibilities than rehashing old glories.

MP3: The Breeders – Bang On

Mountain Battles by The Breeders: 7 out of 10 on The Rockometer.