Warning: "continue" targeting switch is equivalent to "break". Did you mean to use "continue 2"? in /nfs/c06/h01/mnt/88637/domains/blog.irockcleveland.com/html/wp-includes/pomo/plural-forms.php on line 210
 I Rock Cleveland I Rock Cleveland | "Night of the Crickets" by mr. Gnome

"Night of the Crickets" by mr. Gnome 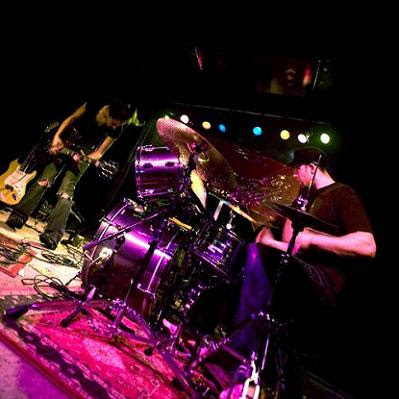 Cleveland’s mr Gnome can be a difficult band to categorize. Their music can display the precision of post-rock, the gentle sway of dream pop, and the aggression and power of metal, often within the same song. Even more impressive is that this duo (yes, except for a handful of guest musicians it’s just Nicole Barille and Sam Meister you hear) pulls together divergent genres so effortlessly that they’re able to avoid the number one pitfall that’s historically troubled such rock fusion acts — sucking. mr. Gnome do not suck. On “Night of the Crickets” from their soon to be released debut full length, Deliver This Creature, Braille and Meister start with a slight post-rock melody, one so pleasantly simple that many acts would be content to twist and turn it for a full five minutes, before shocking the song to life with a jagged jolt from Barille’s guitar. From there, “Night of the Crickets” becomes a study in dynamics, switching between light, ethereal passages, and a grand, evocative chorus, never content to rest in one place for too long.

Previously on I Rock Cleveland: “Pirates” by mr. Gnome