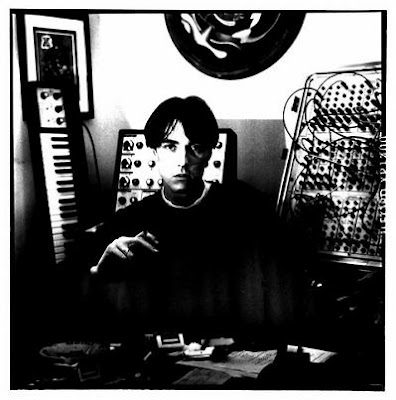 Spectrum, aka Sonic Boom, aka Pete Kember is most notable for his work with Jason Pierce in the uber influential Spacemen 3, a band who can claim in their discography what just might be the greatest album title of all time, Taking Drugs to Make Music to Take Drugs To. While Captain Memphis, aka Jim Dickinson, has quite an impressive resume of his own, producing records by such artists as Big Star, Alex Chilton, The Replacements, Mudhoney, and Screamin’ Jay Hawkins. Add the two together, and you get the album Indian Giver by Spectrum Meets Captain Memphis, a collaborative effort where the two artists where meet halfway between Kember’s hypnotic and expansive space rock and Dickinson’s well-worn, gritty Southern style. On the Spectrum led, “Take Your Time,” itself a re-working of an old Spectrum track, a steady drone and a repetitive organ line, combine nicely with a bluesy horn section resulting in a sound similar to Primal Scream’s excursions through the American South, but instead of beating borrowed influences into the ground (as Primal Scream did on Give Out But Don’t Give Up), Spectrum and Captain Memphis show a bit more restraint, and ride the groove gracefully into the sunset.

Indian Giver by Spectrum Meets Captain Memphis is out now on Birdman Records. I also suggest you hit up one of those Sonic Boom/Spectrum Myspace pages to check out, “The Lonesome Death of Johnny Ace,” another standout cut on this disc where Dickinson is on lead.