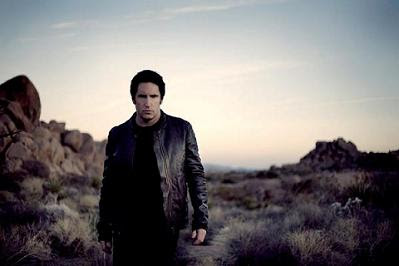 Is it just me, or has the 24 hour news cycle fallen into some weird kind of Groundhog Day time loop? How many times have you heard these stories lately? Reverend Wright says something inflamatory. Reverend Wright says something else inflamatory. The Washington Wiiizzzards say something stupid. Obama can’t close the deal. Working class whites won’t vote for a black man. Hillary Clinton soldiers on in spite of long odds. The prolonged primary season is destroying the Democratic party from within. Ohio Attorney General Mark Dann and his merry band of aides are having naughty escapades with the ladies. Nine Inch Nails releases more material directly to the internet.

Admittedly, Nine Inch Nails haven’t reached the same level of redundancy as Wright, the Wiiiiizzzzards, Obama, Clinton, The Democrats, and Dann, but with his ambitious, direct to the internet schedule that has seen a massive four part album and two new singles released in the first five months of the year, Reznor runs the risk of no longer making news, and instead, becoming a fixture in the news. What’s next, you ask, another new album? My magic 8 ball says, “It is decidedly so.”

Just last week, Nine Inch Nails unexpectedly sent a new track, “Discipline” to rock radio, and later made it available as free download at nin.com. Now, Reznor and company have released a second new track, “Echoplex,” as a free download through iLike. Both tracks contained a message in the id3 tag, “go to nin.com May 5.”

While “Discipline,” sounded a bit like modern NIN by numbers, “Echoplex,” displays considerably more depth, as Reznor has incorporated the finer elements of his ambient/experimental project, Ghosts I-IV, into a number with a driving, cut-up disco beat. Do you know how many times on Ghosts I said to myself, if only this track had vocals? Lots.

In other NIN news, Reznor has just announced pre-sale details for his upcoming US tour. Registered users at nin.com, will have the ability to purchase primo seats 72 hours before tickets go on sale to the general public. Sorry resellers, fans come first in NIN land.