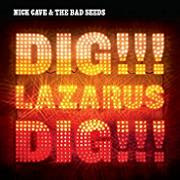 At 50 years old, Nick Cave should be aging gracefully, trying his best not to tarnish his legacy, and getting the band back together only to play county fairs, air shows, and rib cook offs whenever the boys in the band need some extra coin. He shouldn’t be this relevant. He shouldn’t be releasing career defining albums this late in his career, year after year, first with Grinderman, and now with The Bad Seeds.

To be fair, Cave’s late career renaissance really began on the 2004 double album, Abbatoir Blues/Lyre of Orpheus, with the raw, primal guitar attack of Grinderman, serving to howl and scowl that point home. On that album, Cave became the masculine, mega man, driven by emotion, and empowered by instinct. Yet, as lead single, “No Pussy Bluess,” showed, behind that hairy beast of a manly man, was someone surprisingly vulnerable, frustrated in his attempts to bed the object of his desire. On Dig Lazarus Dig, with a full compliment of Bad Seeds behind him, the volume and bravado may be toned down a bit, but Cave’s lyrics remain razor sharp, as he takes on the role of urban poet, popularized by Lou Reed and Jim Carroll, chronicling the travails of a cast of undesirables drugging, struggling, and stumbling their way through life in these great United States.

There’s the modern day Lazarus, or Larry, as Cave prefers to call him on the title track, unable to cope with being alive, who “Ended up like so many of them do, back on the streets of New York City/In a soup queue, a dopefiend, a slave, then prison, then the madhouse, then the grave/Ah poor Larry.” Then, in “Today’s Lesson,” we meet the damaged and disillusioned Janie, troubled by the sex hungry, nemesis of her dreams, when Cave relays “Janie says we’re all such a crush of want half-mad with loss /We are violated in our sleep and we weep and we toss and we turn and we burn/We are hypnotised we are cross-eyed we are pimped we are bitched /We are told such monstrous lies.”

With all the heavy living going on, one might expect the music to carry a similar weight. Yet, both “Dig Lazarus Dig,” and “Today’s Lesson,” practically bounce with optimism. It’s enough to almost forget all that f*cked up sh*t. Specifically, “Dig Lazarus Dig,” featuring the same simple, buoyant melody shared across bass, organs, and vocals, has this way of burrowing deep inside your head. Sick shrieking guitars, and Cave’s incisive lyrics add some bite, but it’s that chorus, “Dig yourself, Lazarus, dig yourself, Lazarus, dig yourself, Lazarus dig,” that’ll play long after the record stops.

In other places, Dig Lazarus Dig, isn’t quite so chipper. “Moonland,” and its slow seductive groove, is Cave at his mysterious, brooding best. While “Night of the Lotus Eaters” hypnotizes and gyrates its way through a smokey, slinky landscape, and “Jesus on the Moon,” accented by a sadly dripping string section, can pull a tear from the manliest of men. Then, on “We Call Upon the Author,” Cave’s mood is down right bitter. As the tension builds, guitars send static shocks across an increasingly sinister psychedelic sound scape, Cave gets increasingly anxious, and you know he has a zinger in him, and how, “Bukowski was a jerk! Berryman was best!/He wrote like wet papier mache, went the Heming-way weirdly on wings and with maximum pain/We call upon the author to explain.” Damn. That man can write some feisty lines.

Fittingly, Cave’s turn as the urban American poet draws to a close with his very own “Walk on the Wild Side.” Backed by a sly and stylish shuffle, “More News From Nowhere” has Cave working a happening drug party with secretive women hiding out of the light in every corner of his manly pad. Being the man he is, he takes down a cyclops (it is a drug party, after all), before finding satisfaction. Again, those words he spins are outta this world, “Then a black girl with no clothes on danced across the room/We charted the progress of the planets around that boogie-wongie moon/I called her my nubian princess, I gave her some sweet-back bad-ass jive/I spent the next seven years between her legs pining for my wife.” Damn.

With a band who have been around as long as Nick Cave and The Bad Seeds, there can be some trepidation with diving into such a massive catalog this late in their career, but fear not, this isn’t some old band riding out the days to pay their bills. This is a modern rock master at his finest, once again showing all the young ones out there how to do this thing called Rock ‘N’ Roll.

Dig Lazarus Dig by Nick Cave and The Bad Seeds: 9 out of 10 on The Rockometer 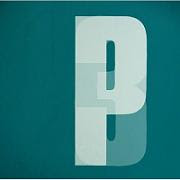 Scanning Meta Critic for reactions to Portishead’s eleven years in the waiting, third studio album, Third, this quote from Q Magazine stands out, “Third will probably be more admired than listened to and, you suspect, this suits (Geoff) Barrow, just fine.” With Q being a print publication, I cannot tell you how the rest of the review read, but I suspect what the reviewer faulted in the album is its lack of songs. Sure, there are three, four, five minute pieces of music with verses, choruses, instrumental passages, and everything that would constitute a song, but what’s lacking are songs in the sense of numbers that will bring you back to the album for repeated listens. While Portishead succeeded in making a modern album cleansed of any remnant of the much less than fresh genre, trip-hop; one that’s nuanced, dynamic, and adventurous; one that doesn’t rely on clunky beats and refabricated spy themes; there’s nothing on Third that’s as powerful as some of those early singles like “Sour Times,” “Roads,” “Only You,” or “Wandering Stars.”

Third by Portishead: 6 out of 10 on The Rockometer 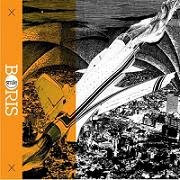 Visitors to Boris’ web site are greeted with the tile “Boris Heavy Rocks.” I’d like to suggest an alternative, if I may be so bold, “Boris “F*ckin A.” Cause, f*ckin a, if you’re just now getting yourself acquainted to the scuzzy, fuzzy, psychedelic explosion of these Japanese rockers, then you should prepare yourself to have your mind blown on a daily basis for like the next three weeks. No exaggeration. Ok, maybe a little exaggeration. If one were to have their mind blown on a daily basis for weeks on end, you might end up schizophrenic.

And that word, “Schizophrenic,” makes for a rather nice segue, since that one word made quite as impression as I was reading Zach Baron’s review for Pitchfork:

Boris are clearly proud to have made a record as schizophrenic as Smile, and I have no doubt their method helped them see all sorts of colors while making it. But the band may consider their fellow countrymen, Acid Mothers Temple, whose propensity to make ideally psychedelic but for all purposes identical records has, over time, sucked the surprise out of their ostensibly free-form vortex. It’s no crime to make the same record twice when the alternative is making a different one, over and over and over again.

I tend to use words and phrases like “unexpected,” “wildly unpredictable,” or “F*ckin’ a, what are those wild Japanese kids going to do next.”

For a band who have a made a name for themselves by recording layer upon layer of scuzz, sludge, and fuzz, Smile opens rather unexpectedly with the drop of a needle, one blast of fuzz, then quaint sounds of “Flower, Sun, Rain” piping quietly, as if the listener is off in a separate room from the stereo. It’s not until the second verse that things become a little more clear, but it’s still not the squalor you’d expect, for that you have to wait nearly six minutes. Then, there it is, that wondrous, glorious, thick, heavy sludge from the heavens, and in a fit of editing, it ends abruptly.

Ok, maybe Smile is a little schizophrenic, but I’ll stand by my assertion that its unpredictability is what makes it a great listen. The trio of “Buzz In,” “Laser Beam,” and “Statement” shows Boris can still do heavy with the best of them, and “My Neighbor Satan,” with its undercurrent of feedback, and bright, sparkling tones, alternating with a crushing storm of sound, provides a striking example of how their attention to tone, texture, and density can manifest itself in mind blowing ways.

Even while embracing Smile’s unpredictable nature, it isn’t without its missteps. “KA RE HA TE TA SA KI – No One Grieves” quickly dissolves into a formless, fuzz demon, hell bent on ingesting and regurgitating the innards of your stereo system. It’s as if the band are saying, “If you want scuzz, we’ll give you so much scuzz you’ll never say the word Melvins again.” We get the point, Boris, you’re heavy and you rock. Now, how about something epic and blissful. And to that wish, Boris answer with the 23 minute psych-out jam of “You Were Holding Your Umbrella/Untitled.” Mind blown again.

Smile by Boris: 8 out of 10 on The Rockometer 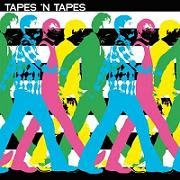 Why does Dave Fridmann hate indie rock? It’s a fair question. He was the producer on Clap Your Hands Say Yeah’s second album. Oh, you didn’t know they had a second album. Well, they did, and it was so forgettable that it managed to bring the once unstoppable hype train feeding their career to a screeching halt. Now, he’s gone and done the same with Tapes N Tapes. He took a 2006 internet sensation, sucked all the urgency out of their sound, and has put their career on the same downward trajectory. Vampire Weekend, are you reading this? Whatever you do, DO NOT pick Dave Fridmann to produce your second album.

Walk It Off by Tapes N Tapes: 4 out off 10 on The Rockometer.