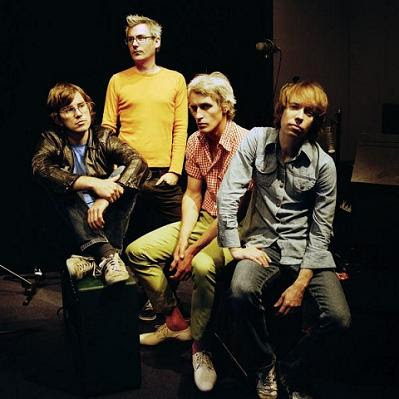 If Sloan aren’t kids any more, as they sing on their latest single, “I’m not a Kid Anymore,” then that means I’m not a kid anymore, too. You see, me and Sloan go waaaay back. Back before there were things like mp3s and iPods. Back to the days when I had to fuss with the antenna on my $50 boom box, sitting on the desk of my BG dorm room in order to pick up the fuzzy signal of Windsor’s 89X and get my fix of Canadian power pop. Even as the signal faded in and out, the brilliance of Halifax’s finest, as heard on those early singles like “Underwhelmed,” “I Hate My Generation,” and “Pen Pals,” and “Coax Me” was unmistakable.

Oh, how the times have changed. I can no longer stay out all night and be a functioning member of society the next day. Worse than that, one wild Saturday night, can leave me hung over til Monday. Forget boozing, even a triple bill on a Tuesday night with no booze included, can leave me dragging on a Wednesday. Yep, definitely not a kid anymore. Yet, even as I ease into something resembling adulthood, some things haven’t changed. Over the course of nine studio albums, Sloan have been remarkably consistent, with only one album, 2002’s Pretty Together, not finding regular time on the I Rock Cleveland Soundsystem. With “I’m Not a Kid Anymore” everything you loved about Sloan years ago, and everything you still love about them, is packed into a neat two and a half minute power pop package — the melody, harmonies, and just the right amount of punch from the guitars.

Parallel Play by Sloan will be out June 10th on YepRoc. 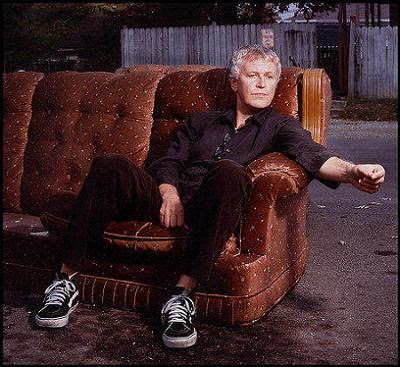 Good old Uncle Bob (That’s Robert Pollard to those of you not from Ohio), even as his recent output has solidified his reputation as indie rock’s most prolific artist for at least another year or two, he just can’t stop writing new material and releasing new albums. On the heels of 2007’s double release for Merge Records, and too many side projects for one blogger to keep track of, he’s readying yet another solo album, Robert Pollard Is Off to Business.

Some may say that Pollard is a little too prolific and maybe he should take his time and condense his billions and billions of song ideas into that one killer album that’s been lacking from his solo career of late. You won’t hear that complaint from me. As long as he keeps kicking out jams like “Gratification to Concrete,” and keeps hitting that sweet spot with his guitar pop, he can write and release all he wants. After all, Uncle Bob just wouldn’t be our Uncle Bob, if he only averaged one album per year.

Robert Pollard Is Off to Business will be out June 3rd on Guided by Voices Records.