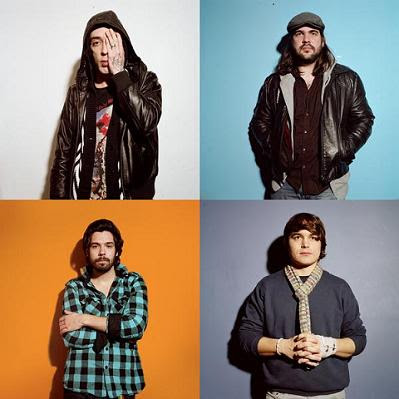 After a couple releases by Spencer Krug’s Sunset Rubdown, one by the Spenser Krug with indie super group Swan Lake, and an album by Dan Boeckner and his side project Handsome Furs, the boys in Wolf Parade finally brought the band back together for the follow up to their 2005 breakthrough debut album, Apologies to the Queen Mary. In the fast paced Age of the Internets, three years is a long time to wait for a second album. In that time, similarly lauded indie artists like Clap Your Hands Say Yeah and Tapes N Tapes, have both experienced serious sophomore slumps. Will Wolf Parade be able to avoid the same fate? Well, Dave Fridmann, aka the second album producing, indie rock hating, sophomore slump facilitating guru, had absolutely nothing to do with Wolf Parade’s forthcoming disc, At Mount Zoomer. And more importantly, I consulted my magic 8 ball, and asked it if Wolf Parade will be able to steer clear of the sophomore suck. My answer was clear, “Signs point to yes.”

All kidding aside (Why would I consult a magic 8 ball when I have a much more powerful tool at my disposal in the Rockometer?), from the sounds of “Language City,” Wolf Parade have no need to concern themselves with slumping or sucking. At it’s heart this one is a straight ahead, mid-tempo guitar rocker, but with Wolf Parade, you know there’s no such thing as straight ahead. There’s bound to be twists, turns, and assorted weirdness along the way, and on “Language City,” the twists come in the form of some proggy, vintage synths and an urgent, jumped up ending movement, a combination which led Sub Pop to name drop both Television and Genesis in the same press release.

At Mount Zoomer by Wolf Parade will be out June 17th on Sub Pop.