Warning: "continue" targeting switch is equivalent to "break". Did you mean to use "continue 2"? in /nfs/c06/h01/mnt/88637/domains/blog.irockcleveland.com/html/wp-includes/pomo/plural-forms.php on line 210
 I Rock Cleveland I Rock Cleveland | The Rockometer feat. The Black Angels, Death Cab for Cutie, No Age, Frightened Rabbit, Indian Jewelry and Awesome Color 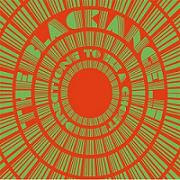 Taking their name (and some stylistic cues) from The Velvet Underground, The Black Angels’ debut disc, Passover, dove deeply into the dark, dirty, and seedy side of psychedelic rock. A striking combination of fierce, primal drums, omnipresent drones, and huge, memorable guitar riffs, drove ominous and aggressive numbers like “Young Men Dead” and “Black Grease.”

For their follow up, Directions to See a Ghost, the Black Angels have chosen to take a more methodical and measured approach. Whereas many of Passover’s signature songs, like “Black Grease,” came out with all guitars blazing, the big moments on Directions to See a Ghost often come via numbers like the 8 1/2 minute “Never/Ever,” where the band gives as much attention to setting up a haunting mood with tone, texture, and detail as they do to the grand, guitar and organ freak out that punctuates this track.

When that carefully layered, dark spectral vibe is paired with pointed social commentary, Directions to See a Ghost becomes even more vital. On “Vikings,” a strong, steady drum beat is matched with eerie static as Alex Maas comments on the folly and perpetuity of warfare in modern culture with such striking lines like, “I’m gonna do things my way/Gonna see you tomorrow/On a German war plane/We’re gonna bomb you til Tuesday.” Then, on “You In Color,” Maas takes aim at racism. It’s not the love fest of Sixties psychedelic rock where social barriers could be transcended with a song, but a commentary on how far we haven’t come, “I see you see you in color/You’re not my friend and your not my brother/We agree to be enemies.” As we’re bogged down in a war with serious ethnic undertones, his commentary is both pessimistic and realistic.

Needless to say, those expecting a quick hit, may become lost in the nearly 70 minutes of Directions to See a Ghost. Very few bands expect their fans to be patient enough to stick with a disc this long. Additionally, we’re continually being told how music fans don’t even want albums any more, especially really, really long ones. Yet, as the Black Angels pile one wicked track on top of another, waiting for the listener to discover carefully constructed sounds, deep in the mix, this album becomes awfully compelling.

Directions to See a Ghost by The Black Angels: 8 out of 10 on The Rockometer 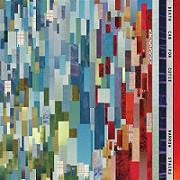 Death Cab for Cutie’s Narrow Stairs has been billed as their “Rock” album, and for a while there, Ben Gibbard and Co. almost had me fooled. An 8 1/2 minute song for their first single (“I Will Posess Your Heart”), that’s certainly Rock ‘N’ Roll, ’cause you know who else had really long songs? Oh, a little Rock ‘N’ Roll band you may have heard of that went by the name of Led Zeppelin. That’s who. Then there’s the other tracks that make up the first third of Narrow Stairs: “Bixby Canyon Bridge,” “No Sunlight,” and “Cath…” where staccato bursts of guitar augment Death Cab’s normally staid sound. It’s not “Rock” in the rock sense of rock, but for a band who’ve become associated with the worst aspects of modern indie pop (boring, bland, safe for indie parents and indie parents parents), this is all a very positive development.

Yet, for every number that shows a bit of get up and go in it, there’s a corresponding cut of mid-tempo, melodramatic heart warbling (“Talking Bird”,”You Can Do Better Than Me”, and “Grapevine Blues” to name a few), the likes of which has become standard Death Cab album filler over the years. Now, any momentum gained by the band’s more muscular moments, is all but gone. It’s a real shame, since this lack of pacing obscures two of their stronger tracks hiding on the back half of the album(“Long Division” and Pity and Fear.”) You guys just can’t let go, can you.

YOUTUBE: Death Cab for Cutie – I Will Posess Your Heart

Narrow Stairs by Death Cab for Cutie: 6 out of 10 on The Rockometer. 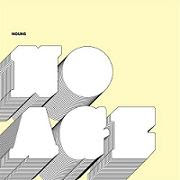 Hype sure is a fickle fellow these days. In the past, bands could be broken through radio or MTV, but now we have Pitchfork (who refuses to acknowledge to influence in breaking bands) and countless music blogs (who seem all to eager to get in on the hype machine of breaking bands). It’s no wonder then, that when a band does start go gain national exposure they often encounter a fair degree of skepticism from music fans. Hey, we’ve all been burned before, either by a P4K Best New Music album that fell far below the best, or a brand new band buttressed by blog hyperbole, who aren’t even deserving of their fifteen minutes of internet fame (as minor as it may be) as they’re perched atop the blog charts.

For LA’s No Age, this is a case of the hype getting it right. Their signature sound has been well documented — take one part My Bloody Valentine (or Sonic Youth, depending on your taste in commonly cited modern music influences) and one part West Coast DIY punk. Sometimes No Age will take this formula and tease the listener with an ambient intro before they rock the f*ck out, and other times, they’re content to noodle for a few minutes without the rocking the f*ck out part. Mostly, this duo of Randy Randall and Dean Sprunt, just know how to write a killer Rock ‘N’ Roll songs. Whether it’s the Strokes inspired, tight jean wiggle of “Eraser,” the alt-rock blast of “Teen Creeps,” or the unabashed power pop of “Brain Burner,” dudes can jam with the best of them. These tunes may be buried in fuzz, obscured by white noise, and tempered by a decidedly lo-fi aesthetic, but they’re present and waiting for a stereo to blast them out in all their loud, ragged glory. 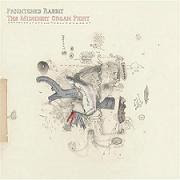 Frightened Rabbit’s Midnight Organ Fight is like an Irvine Welsh novel, but without the sex, drugs, and uber violence. Well, what’s left you ask? There’s still the grim Scottish landscape, thick accents, and sad men and their sad songs. Musically, their follow up to Sing the Greys, finds the band filling out their two guitar, no bass, and drums lineup with strings, horns, and the like, giving them a much fuller sound than their debut. It surely raises the dramatic effect, but depending on your personal preference concerning indie pop productions, this may not be a positive development. By forsaking more intimate and immediate arrangements for grander sadness, they’ve aligned themselves more closely to their countrymen, The Twilight Sad, and if it’s grand sadness you’re yearning, those lads do it better.

The Midnight Organ Fight by Frightened Rabbit: 6 out of 10 On The Rockometer. 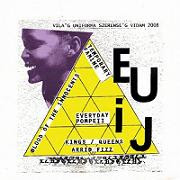 When listening to Indian Jewelry’s Free Gold, one can’t help but think of the (in) famous Spacemen3 album title, Taking Drugs to Make Music to Take Drugs To. I could be wrong here, and maybe they’re good upstanding citizens who’ve devoted their lives to the Lord Jesus, never subjecting their bodies to the fleeting pleasures of narcotics, and pledging their virginity til the time they wed, but the more likely scenario is that these freaky folks from the Lone Star State have been on a vision quest, or two, or twenty, in their time.

Nearly everything on Free Gold moves at a slow, sticky pace and is coated in a thin film of static. It’s not the metal gnashing on metal sound of The Jesus and Mary Chain’s Psychocandy, or A Place to Bury Strangers, but a nice pleasant whir, audible enough to obscure their wide array of bleeping electronics, and loopy backwards tracks, but not so loud that it conceals these subtle touches. And for Indian Jewelery, the proof is in those details — the creeks, cracks, blips and bleeps, carefully planted within each number, patiently waiting for the right pair of headphones to lead them from their sedated state, and making Free Gold far more than your standard album of modern psychedelic rock.

Free Gold by Indian Jewelry: 7 out of 10 on The Rockometer. 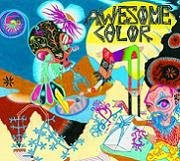 Electric Aborigines opens with what may be the finest side one track one you’ll hear all year. On “Eyes of Light,” Awesome Color takes their tried and true Detroit Rock City sound and twists it into relentless tornado, shaking the speakers with bold, rumbling bass lines, ravenous cymbal crashes, and one buzzing guitar lick after another. Unfortunately, once they lay off the guitar pedals, and the storm recedes, your left with a band who’s still capable of awesome guitar work, but who also rely too heavily on every cliche from the book of Seventies hard rock. Girls, sex, drugs, the saving power of Rock ‘N’ Roll? They’ve got it all and in excruciatingly clunky detail.

Electric Aborigines by Awesome Color: 5 out of 10 on The Rockometer